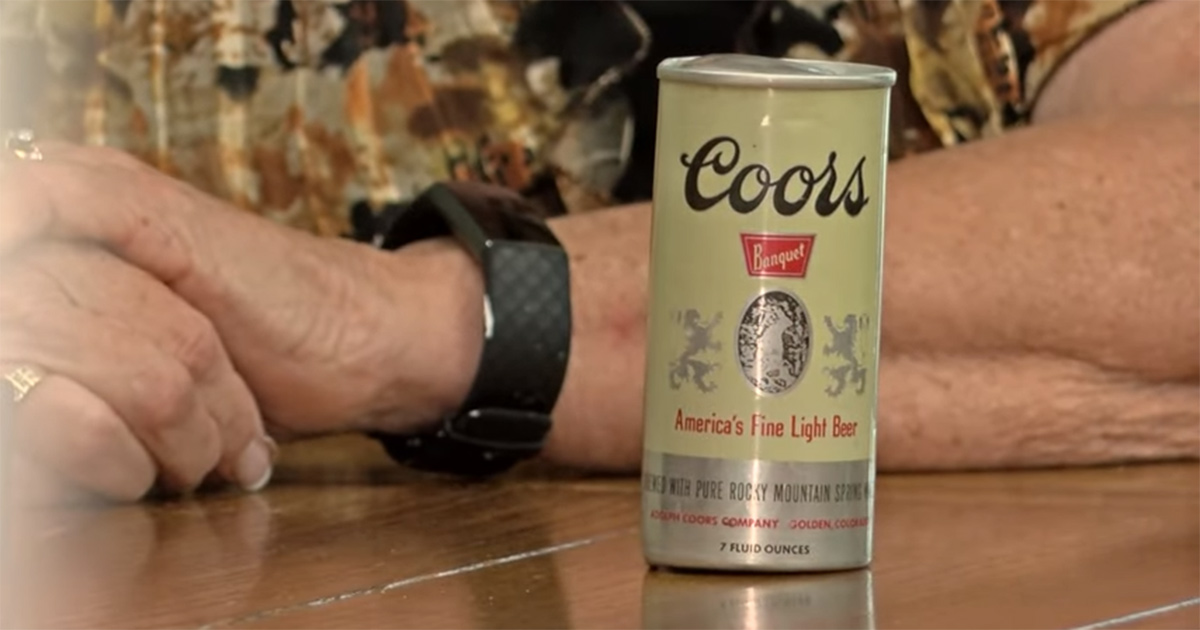 Beer can be great for bringing loved ones together. People drink with their friends and family on holidays, get togethers and just nights out at the bar; to celebrate the good times and ease the bad times.

Beer can even help connect us with our loved ones after they’ve passed away. Like one woman, who recently drank a 50-year-old can of Coors — and while that might not sound particularly tasty, she had a very sweet reason: it was to fulfill a wish to her deceased husband on what would’ve been their 50th anniversary.

Diane and Ed Nesselhuf got married on Valentine’s Day in 1971: “We worked together at a camp for a year and fell in love,” Diane recalled to KCAU.

Soon after their wedding, they took a trip to Colorado to see Ed’s family. And while in the Rocky Mountain State, they made a purchase that would become an unlikely part of their lives for decades to come: a can of Coors Banquet.

This was back in the day when you could only buy Coors in Colorado, but otherwise it was just an ordinary can of beer. And yet instead of drinking it on the spot, Ed had special plans for it.

I just remember Ed pulling it out and saying, ‘We’ll drink this at our 50th Anniversary,” Diane said. “It just got packed up and went with us.”

Years went by, kids were born, and the family moved around the country, but that same can of Coors remained with them, forever unopened. Their son Ben Nesselhuf recalls seeing the beer as a child, and that his dad told him it probably “turned to sludge.”

Still, he remained committed to opening the can on their 50th anniversary. But sadly, Ed wouldn’t live to see the day: in July 2016, Ed died after a battle with lung cancer.

But since he died five years before he could open the can, his son promised he would fulfill the wish in his honor. “The last few weeks of his life it was clear he wasn’t going to make it to another anniversary,” Ben told KCAU. “I did tell him that on the 50th, I’d split the beer with mom.”

On February 14th, 2021, fifty years after their wedding, Ben and Diane fulfilled their promise and finally cracked open the beer.

Ben says they were very excited, but also unsure of how the Coors would look after so many decades. He had a regular, new can of Coors Light for comparison.

But to their surprise, this beer had aged like fine wine. “Still carbonated. Look at that. Looks like beer,” Ben said while opening the beer.

“I thought it was very tasty I was surprised. I thought it would be full of crap, but it was good,” Diane said, after taking a sip.

The beer finally met its destiny after so many decades. It was a bittersweet moment for the family, who says that the beer was a special way to remember the late Ed, as he was from Colorado.

“The day of, we sat down and talked awhile about dad about Ed and our marriage the kids and what had happened over the years,” Diane told KCAU.

Cheers to this family for fulfilling the wish of their late loved one — we’re sure Ed is up there smiling, cracking open a beer of his own.