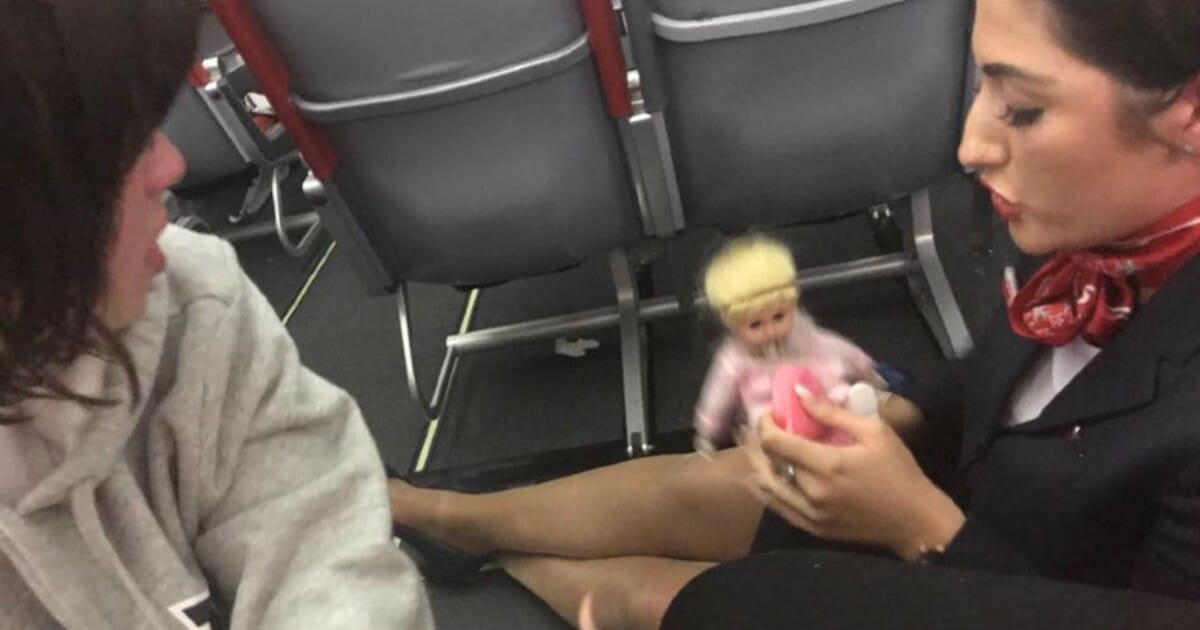 Depending on the airline, the added fees can be just as much as the cost of your ticket. A few dollars here for a checked bag, another few dollars there for a carry on… you get the picture. It adds up.

And what about those times you arrive at the gate only to find out you have to pay more because the item you thought was considered a personal item is slightly too big and is suddenly a carry on.

Recently, a mother took to Facebook to express her frustrations with Ryanair, a low-cost airline based in Ireland, after her autistic son was told he’d have to pay an extra fee for his doll.

Helen Estella explained that her 15-year-old son Leo, who has the “mental capacity of a 3 year old,” was on his way home to the United Kingdom from Alicante, Spain, when he and his carer were told they couldn’t board their flight. She claimed that the airline “demanded” Leo pay a carry on fee for his comfort dolls.

My poor Leo is at Alicante airport and they wanted to charge to take his doll on board .. he has had a huge autistic…

Police were called, but that did not help the situation. It made things much, much worse.

“They physically touched him without his awareness and his doll which caused his meltdown,” Helen wrote on Facebook. “If they had any autism awareness they would have know this would always escalate to a meltdown.”

The altercation left Leo in such a state that he needed to visit the doctor at the airport and receive treatment.

Once Leo calmed down, he and his carer still needed to find a way home–Ryanair offered no assistance. So, his carer went to another airline for help.

Thankfully, the they experienced much better customer service with Jet2. Helen shared on Facebook that the airline was kind enough to give Leo a wheelchair, something Ryanair didn’t do despite their request, and they provided him with an entire row to himself on their flight home.

Prior to boarding their Jet2 flight home, Leo was still “so frightened,” but the Jet2 staff did their best to calm the teenager. One crew member spent time sitting on the ground with Leo assuring him everything would be ok. She even helped put Leo’s dolls to bed.

According to Helen, even the captain of Leo’s flight paid a visit to the young man to check on him.

“Jet 2 I cannot thank you enough for getting my disabled vulnerable boy home .. and treating him with kindness .. dignity and respect, and most of all time .. autistic children need extra processing time .. not spanish Police threatening him with injections!”

HE’S FINALLY ON THE PLANE! This is my son Leo he is 15 he has severe autism and the mental capacity of a 3 year old…..

Helen is right, autistic children and adults need extra time, especially when it comes to traveling. There’s only so much preparation one can do before the big travel day.

Things will undoubtedly not go as planned, and when they do we need to do better in how we handle situations that involve those with autism. It doesn’t take much effort to slow down and show a little compassion.

Pass this article on if you want to see a change in how those with autism are treated. It can start with you.