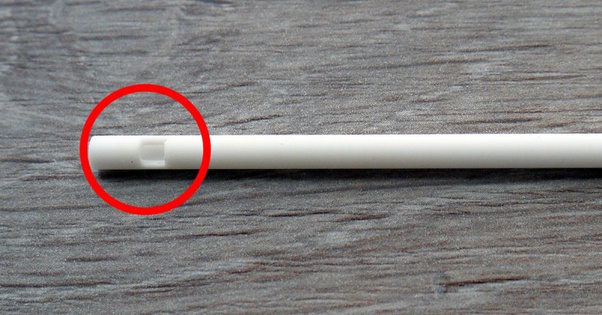 Many everyday objects in our home are so unexciting and common that we don’t even notice them. But if you take a moment to look more closely at some of the things around you, a lot of them tend to have their respective designs for a reason.

It can sometimes be difficult for the naked eye to detect – but often there is a quite ingenious quirk to most objects, so long as you understand the background.

When I’ll get to use this invaluable information is another question entirely … but I’m sure I will succeed in impressing someone when I can explain just why that little pocket on women’s underwear exists!

Have you ever worn a hat or beanie with pompoms?

In the beginning, there was actually a purpose behind it. It dates back as far as the 18th century, when French sailors began using hats with puffs as a soft cushion to protect their heads in from the low ceilings below deck.

The hats came in handy particularly during stormy weather at sea, when the sailors were sometimes thrown back and forth below deck.

Not a bad idea to have a small protective pompom then! Of course, in today’s fashion, it hardly fulfils any function other than giving a stylish design to hats.

Why is there a hole in lollipop sticks?

Most people have at some point probably noticed the small hole in a lollipop stick?

I have never put any major thought into why the hole is there, but sure, if we’re going to find out things, we might as well reveal why that little hole exists …

Apparently, the hole helps keep the candy fixed to the stem, according to Quora. When the lollipops are made in the factory, the sweetened mass doesn’t just harden around the stem but also fills up the hole.

This makes the lollipop more stable – if it was just a straight stick the candy would fall off.

The patch on your backpack

No, it’s not just a nice detail – the patch on your backpack is there for a reason, believe it or not …

The patch, which you can find on many backpacks, is usually made of leather and can come in handy if you need to tie or hook things to the back of the backpack. Pretty smart, right?

The little hole on your smartphone

It’s so small, so you might never have noticed it before. But that little black dot on your smartphone, placed between the camera lens and the flash, has a smart function – it’s a microphone.

The microphone helps Siri with voice recognition and improves the quality of audio recordings.

Heinz Tomato Ketchup has always been a favorite of mine – I always buy that classic glass bottle when I can. I, for one, have noticed that number 57 is printed on the bottle, but I have never actually thought about the reason why.

According to the manufacturer himself, you shouldn’t hit the bottom of the bottle when the ketchup is stuck. Instead, try using the side of your hand to hit the numbers printed on the bottle (see picture).

I will definitely try this next time my ketchup doesn’t flow.

But the number 57 isn’t a secret code, it has its origins in an old advertising slogan for the Heinz company.

The “pocket” in your underwear

Both men’s and women’s underwear are usually made of a particularly soft material – I think everyone understands why.

But when it comes to ladies’ panties, however, they can not be sewn with both seams inside, so one of them is not sewn – which creates a “pocket”.

An extra seam on that spot would make things very uncomfortable indeed.

And no, before you ask, it’s not advised to put anything in there.

You’d think they’re just for decoration, but the spaces between toffees make it easier to get them out without much effort.

Press your thumb and forefinger on two diagonal holes to push up the candy. Look at this picture to see how it’s done!

Going to the store to buy groceries with your kids can be a challenge to say the least … but there is a trick that can make shopping easier!

Have you ever wondered what the metal brackets behind the child seat on a shopping cart is for?

Well, it turns out, you can hang grocery bags so they don’t tip over and spill.

That little switch under your rearview mirror in the car has always puzzled me. Call me stupid, but I thought it was there so you could hang Little Trees or sunglasses.

But by pulling that button, you can actually make your car journey safer, especially at night. The button is a day/night switch, that turns the mirror to anti-glare mode and protects the driver from being blinded by the headlights of a car behind. Great thing!

My wife always asks me on which side the fuel cap is located and in all honesty, when you go to fill up your gas tank, it can be hard to remember which side of the car the gas cap is on.

But if your car’s fuel gauge has an arrow on it, you’ll always know which side it’s on! I wish I knew this earlier – my wife and I would have saved a lot of time and trouble .

The small hole on the handle of a pot or pan isn’t just for hanging it up. You can also rest a spoon or ladle in it!

Well, now we have solved some everyday puzzles at least. Don’t be shy – feel free to share you everyday hacks or explanations relating to everyday objects …