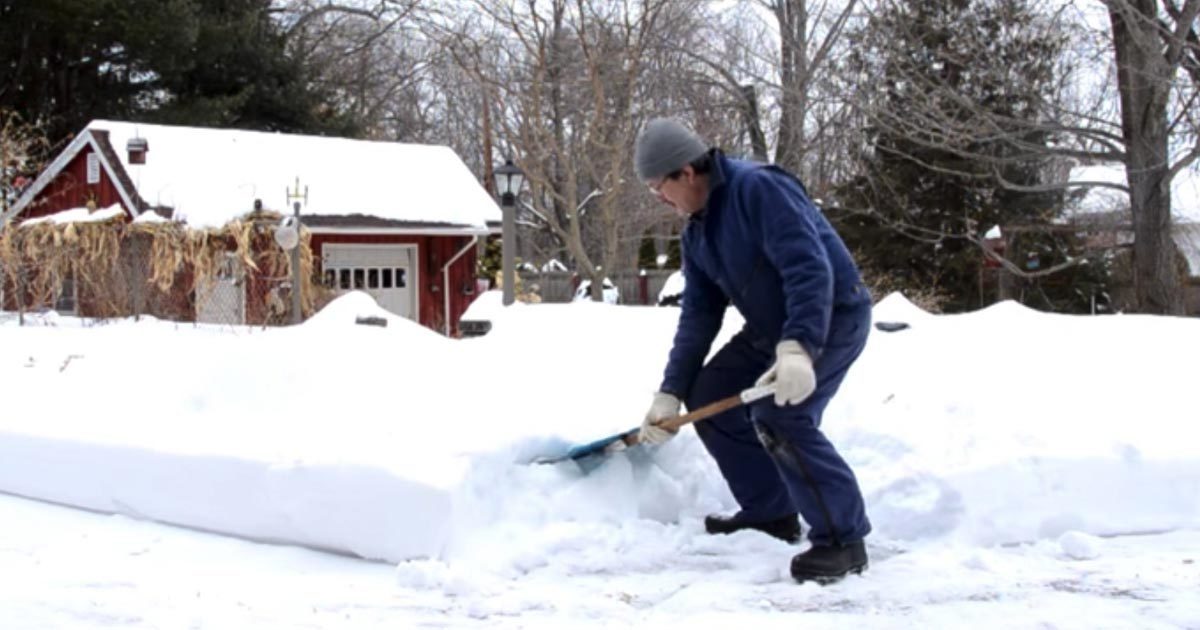 If there’s anything I hate about winter, it’s shoveling snow. It takes forever, it’s exhausting—and it leaves my back so stiff, I feel like it’ll never be straight again.

But I just came across a trick that I’m definitely going to try next time my driveway gets buried in the white stuff.

And it’s so simple, you won’t believe your eyes!

YouTube user L Kanavaros, from Western Massachusetts, came up with a brilliant idea that makes shoveling snow much, much easier.

Best of all? You don’t need anything other than a shovel and a rope!

L Kanavaros was tired of breaking his back clearing snow with an ordinary shovel. He tested a snow shovel with a curved handle, which certainly helped the pain, but unfortunately, it made it harder to get rid of the snow.

But then he came up with an idea so good, it put an end to his search for the perfect shoveling system. And what was it? Tying a rope to his shovel. Now, he didn’t have to bend his back to shovel snow. And it also gave him much better control of the shovel.

Check out this video to see L Kanavaros explain how it works:

I’ll no doubt try this trick next time it snows! Please share this video with your friends so they can also avoid hurting their backs when shoveling snow.