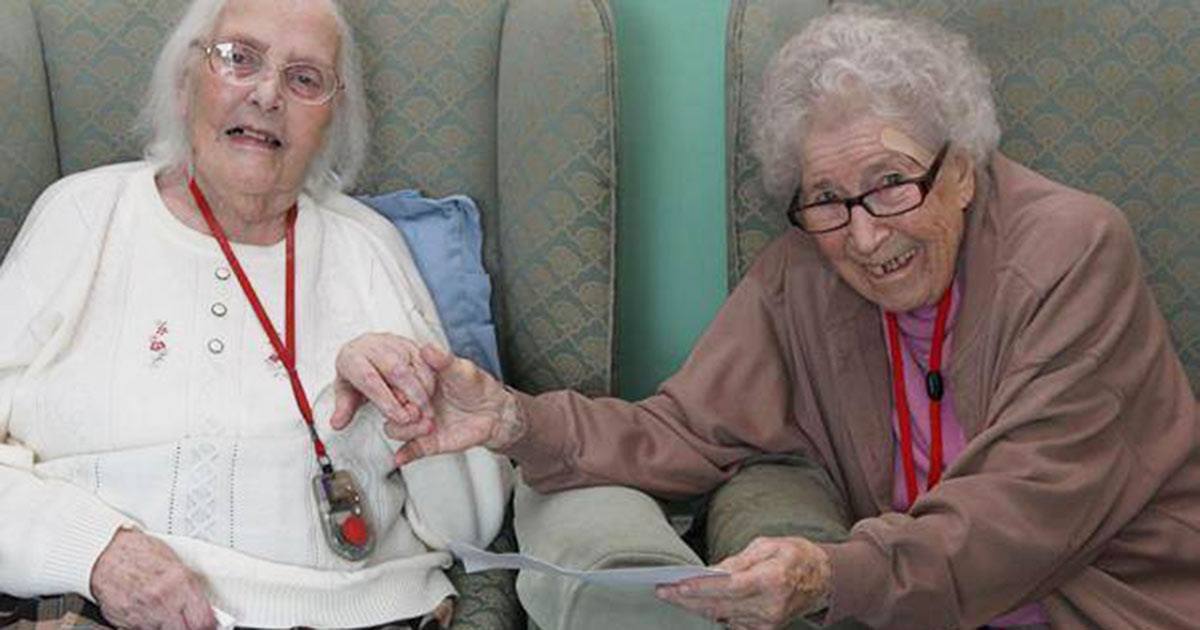 I feel all warm and fuzzy when I read this story. Two friends, both approaching 100 years old were torn apart by World War II. And now they’ve found their way back to each other’s lives by chance at a retirement home. Their lifelong bond really shows you that old friendships never age!

Peggy is 97 years old and Beryl is 95 years. By chance, the two women ended up in the same nursing home. But they were both so familiar to each other. Could they have known each other before? Absolutely! They were best friends in their teens and hadn’t seen each other for almost 80 years.

Peggy and Beryl are both from Northfleet, England. They got to know each other when they were teens and both worked for the cable manufacturer Henley’s.

The two women became involved in the company’s cycling club and vacationed and went on bike trips together. It was the beginning of a friendship that should have lasted throughout their lives. But then came the war.

“We had wonderful days at Henley’s, but we lost touch because of the war and we never met again. I married in 1941 and left to have my first child. Our lives were so totally different during the war we just lost touch,” Peggy told British newspaper Kent Online.

The girls became women and mothers and started to sped more time with their respective families.

But now, 80 years later, their paths have crossed again.

Peggy got a little shock when she recognized her old friend at their nursing home.

“I couldn’t believe it when I walked in here and just recognised her so well,” she told Kent Online. “I thought ‘I can’t believe it, after all these years.’ It was like a miracle.”

Now that they’ve found each other again, the friends are making up for lost time. And they say that despite all the years, their friendship hasn’t changed a bit.

Please share this article if you believe that old friendships never age.