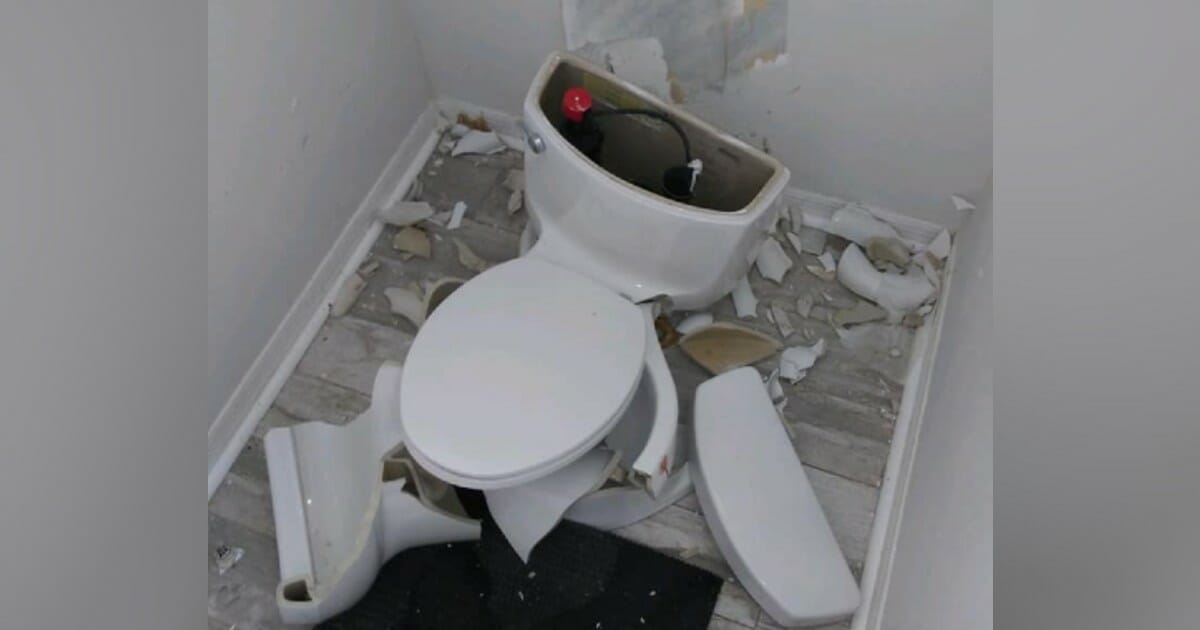 Usually when you hear an unbelievably crazy story it begins with “Florida man…,” but this time the story starts out a little differently.

Yes, you read that right. A toilet exploded after a home’s septic tank was hit by lightning. Jordan Hagadorn, owner of A-1 Affordable Plumbing Inc., the company that repaired the broken plumbing, called it “a first in plumbing history.”

On the morning of August 4, a Florida couple were shocked when they heard a loud explosion.

After the explosion Marylou said she smelled smoke and when she investigated she realized the smell was smoke coming from her home’s septic tank.

In a very unlikely chain of events, lightning struck the couple’s septic tank which led to the complete destruction of the couple’s toilet in their master bedroom and the house’s plumbing.

Jordan shared images of the demolished plumbing on Facebook and said the porcelain from the toilet went “airborne like a missile” and penetrated the walls.

So why did the septic tank explode? Methane gas “caused by the number two,” Jordan said. “The natural gas is from crap, literally.”

While the lightning strike destroyed the Ward family’s bathroom, plumbing, and lawn decorations, Marylou is simply glad no one was hurt.

“I’m just glad none of us were on the toilet,” she said. “That’s the main thing.”

I can’t believe this! What are the chances of this happening?!

Even though lightning typically strikes the highest point, the plumber believes it hit the septic tank because its lid was only an inch from the surface.

Share this crazy story if you too can’t believe this happened!