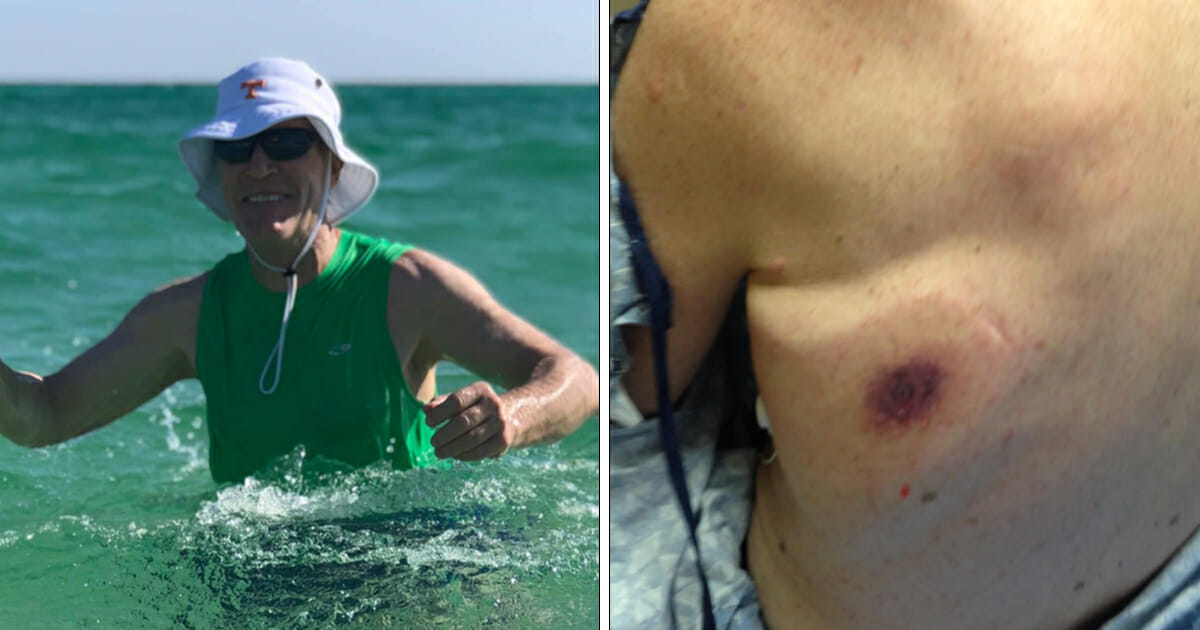 A Tennessee man has died 48 hours after contracting a flesh-eating bacteria whilst on a trip to Florida to visit his daughter.

Cheryl Bennett Wiygul took to Facebook to explain how her father, Dave Bennett, succumbed to Vibrio vulnificus, and issued a warning that she believes people should heed.

“Flesh eating bacteria sounds like an urban legend. Let me assure you that it is not. It took my Dad’s life. This is so raw and personal to me that I did not want to post about it, but if I can help one person, then it is worth it,” she said.

According to Cheryl, her father had cancer and his immune system was compromised as a result. During a trip to Florida, he and the rest of Cheryl’s family spent time out in the water near Crab Island. The weather was good and the family was together: all seemed well.

Before her parents’ visit, Cheryl had heard tell of a case wherein a 12-year-old girl had contracted bacteria through an open wound that began to eat her flesh. She admits, however, that she didn’t want to believe it.

“My parents were coming down to stay with me in Florida about a week after the post about a 12 year old girl contracting bacteria that turned into necrotizing fasciitis (flesh eating bacteria) in Destin started circling around. I didn’t want to believe that,” her post reads.

“My family loves being in the water. Our county, Okaloosa County, posted an article titled “Rumor Control” in response to the post which seemed to diffuse everyone’s fears. The girl had a cut on her leg so I felt like it reinforced to me not to go in with a cut. I researched a little. When my parents got in town I was fanatical about Neosporin and liquid bandaid.

“My Dad didn’t have any open wounds. He had a couple places that were practicality healed small scratches on his arms and legs that I made sure were super sealed up. My mom religiously sun-blocked him. We were taking precautions and we were good, so I thought.”

Flesh Eating Bacteria sounds like an urban legend. Let me assure you that it is not. It took my Dad’s life. This is so…

Sadly, however, Dave Bennett did contract a potentially deadly bacteria. At 4.00 a.m on the Saturday morning – 12 hours after he’d been in the water – he awoke with fever, chills and cramping.

Thereafter he developed pain in his legs and a terribly swollen black spot on his back. Bennett was soon hospitalized and put on IV antibiotics. More spots began to appear on his skin. By Sunday, he had died.

“There were no bacteria warnings at any beach or park we went to,” Cheryl wrote. “They do post advisories for high bacteria but there were none. I would never have taken my Dad in the water if there was a bacteria advisory but it would have been because I didn’t want him to get a stomach virus not because I thought it would kill him.”

There will forever be a missing piece of our family but thank God for giving him to us, for this last week we all had…

According to the Centers for Disease Control and Prevention, Vibrio bacteria live in certain coastal waters and are found in higher concentrations between May and October. Vibrio is accountable for as many as 100 deaths in the U.S. each year, the CDC say.

Our thoughts and prayers go out to Cheryl and her family. We’re so terribly sorry for your loss.

Please help us spread Cheryl’s warning about this potentially lethal bacteria by sharing this story on Facebook. You never know, you could save a life.