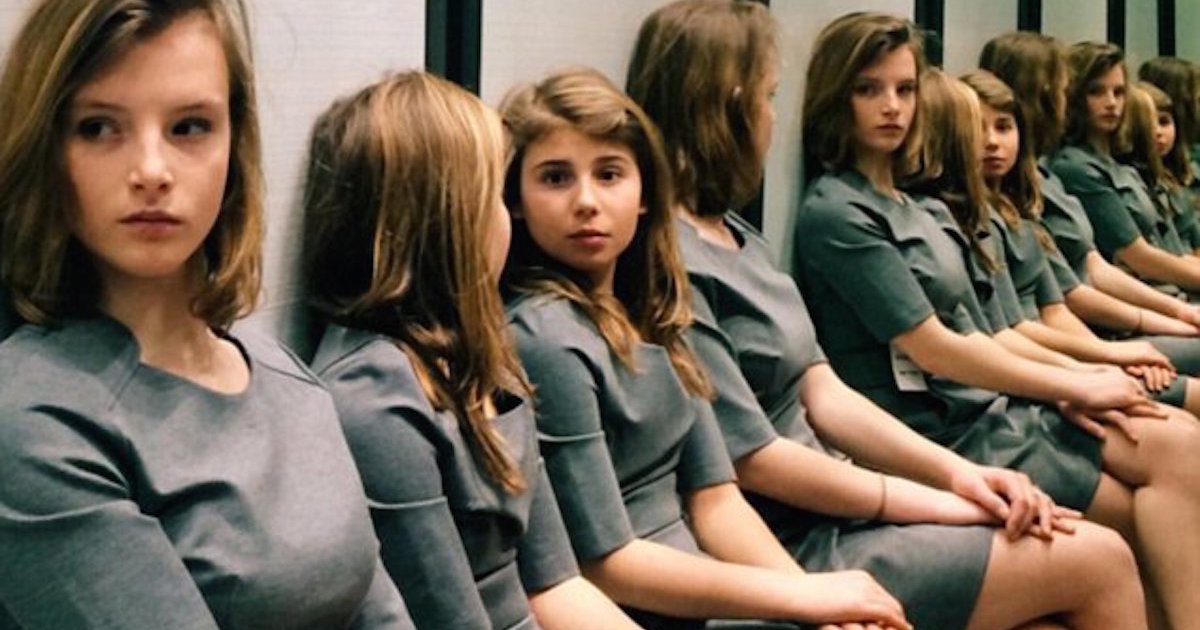 One, two, three… wait, how many girls are there in this photo? That’s the question that’s been puzzling the Internet for a week with people lining up in groups according to how many girls they think are in the photo. Swiss photographer Tiziana Vergari posted the photo on Instagram as part of a weekend hashtag project about identity and it’s already received over 21,000 likes and 4,000 comments.

I myself have switched camps a few times. Every time I think I’ve figured out the optical illusion, I notice something new that leads me to doubt my answer. So how do commenters weigh in on this debate?

Their answers range from two to 13 and some people see twins, triplets or even quadruplets in the picture, which makes the total number of girls in the photo difficult to land on.

What do you think? Take a look at the picture and decide for yourself

Those who claim two girls say each girl has a mirror beside her, which makes a replica of the mirrors, creating multiple images of the same two girls. Those who claim three girls say the girl on the far left is staring at herself in the mirror, while the two on the right next to her are looking at each other.

Those who claim four girls say the reflection begins after the first four girls on the left.

I can’t wait to hear your thoughts on this incredible visual puzzle!

How many girls did you think were in the photo? Did the answer surprise you?