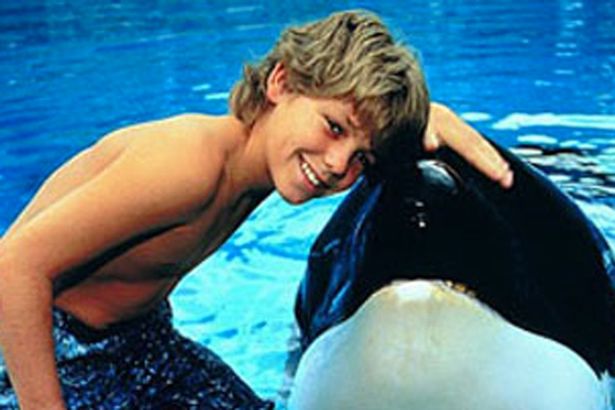 I will never forget the first time I saw the movie “Free Willy” – the Warner Bros classic really left an everlasting impression on me and all the other kids in my neighborhood!

It wasn’t only a heartwarming film with lots of love, is was also a great way for us to learn about orcas, animals in general, family and friendship.

And of course the young star of the movie, ”Jesse”, was the envy of all children! I mean, who didn’t want to spend their childhood swimming with real-life whales and becoming a millionaire?

Looking at “Jesse” today, I think you’ll be pretty surprised when you see how this former child actor is doing …

This is Jason James Richter

Jason James Richter starred as ”Jesse” in Free Willy, which premiered in 1993. The movie, about an orphan boy (Jesse) who befriends a captive orca, was a smash hit worldwide and became one of the biggest kids’ films of the 1990s.

It was a huge commercial success – Free Willy defied all expectations, grossing $153.6 million from a $20 million budget.

But it also helped to raise the issue of wild animals in captivity.

After the first Willy movie, Jason James Ritcher shot to fame, and was considered one of the most promising young actors in Hollywood. He won the Young Artist Award for Best Leading Young Actor in a Feature Film and was also nominated twice at the MTV Movie Awards.

Ritcher himself hardly understood what was happening. Free Willy grew into a franchise, with a television series and two sequels.

”I had no clue. It was my first film and I never had any idea of if it would be a success or not. It was amazing to make! Like I said, it was my first film and when you are a kid, you don’t see any of the ugly stuff that happens on set and it’s a positive experience. Everybody who worked on that movie was great and I have totally fond memories of them,” he told IconvsIcon in 2018.

Jason James Richter was born in Medford, Oregon, in 1980. His mother made a living as an actress and his father was in the US Navy.

When Ritcher turned 3, the family decided to move to Honolulu, Hawaii. It was there that the young boy came into contact with the entertainment industry for the first time. It all started with him being cast by a Japanese agency, who wanted Ritcher for three TV spots.

When Ritcher was nine years old, the family moved back to the mainland and settled in San Diego, California. From a very early age, he loved going to the movies and was very fascinated by the acting profession.

“My mom had been an actress and had gone through the process. One day, I got too big and said, “I want to do this … “ It wasn’t something that was ever brought up to me like, “Oh, do you think you want to do this?” It all happened very naturally. One day, she came home, and I was like, “I want to do this!” She was upset because she had a bad audition, which you have from time to time as an actor. She asked if I was sure about it and I said, “I’ve been watching these people do this. I know all these words, so I could do that too!” Jason explained.

With that information in mind, it’s no surprise that Ritcher pursued a career in the film industry. When he auditioned for Free Willy, there was incredibly fierce competition. But the young, charming boy got the role, fending off 4,000 other candidates.

Before shooting the movie, Jason spent two weeks getting to know the orca Keiko. He said he’ll never forget the first time he jumped into that water tank in Mexico City to meet Keiko.

The producers had a hard time finding the right orca for the movie. Twenty of the orcas that auditioned belonged to SeaWorld, but they didn’t appreciated the script’s message and how the movie ended. The company even asked producers to change the script, according to IMDB.

After twenty three auditions for the role of Willy, they decided to go with Keiko. Keiko had been captured near Iceland in 1979 and had spent large parts of his life in various aquariums and at amusement parks.

In the movie, “Jesse” finds his soulmate in Willy, and they play and swim together in several memorable scenes. But the stunts with Keiko were not performed by Ritcher. Instead, the production hired young orca trainer Justin Sherbert to get the job done.

After the release of the first movie, millions of people called the number shown listed in the end credits, and $20 million was raised for the Save the Whales Foundation.

As a child, Richter loved acting, and he enjoyed every minute in front of the camera. Between the Free Willy movies, he made guest appearances on “Sabrina, the Teenage Witch”, “Rugrats” and “The Client”.

After “Free Willy 3: The Rescue”, Richter decided to leave Hollywood. He was 18 years old and tired of being in “some wispy fantasyland where everyone’s telling you ‘yes’ all the time”.

Instead, he focused on a career in music.

Legendary Jimi Hendrix was a huge inspiration and the one who made Jason pick up the guitar. Richter started playing with various bands, before joining Fermata as a bassist. The band did three U.S. tours and Jason left the celebrity and the amenities to live in a van, having “eight bucks a day for dinner”.

In 2009, he started to miss acting and guest-starred on “Bones” and ”Criminal Minds”. Richter had also become more and more interested in work behind the camera.

Today, the former child star makes a living as a producer and actor. His directorial debut came in 2013, with the short film “The Quiet Loud”.

In 2017, Richter showed up in “Last Rampage”, a true crime thriller based on the story of Gary Tison and Randy Greenawalt’s escape from prison, and their ensuing murderous rampage.

41-year-old Richter, who now lives in Los Angeles, has been very productive the last couple of years, both on and off stage, including releasing his own podcast, “The Richter Scale”, where he and co-host Dustin Burford ”discusses random crap from around the world”.

Of course, Richter has earned his fair share of money over the years. After starring in the Free Willy two sequels, he was able to double his fee to $1 million at age just 15. Today, he has a net worth of $500,000, according to Celebrity Net Worth.

In 2021, you’ll be able to see Richter on the screen in “Last Call”, a comedy-drama film directed by Paolo Pilladi.

Although ”Free Willy” made him a star and continues to captivate a younger generation on streaming platforms, Richter keeps a low profile and doesn’t want to think too much on his successful years in the 90s.

The last time he saw the cast of “Free Willy” was in 2013. Richter was photographed together with all the actors during a reunion event, 20 years after its release.

“It makes me feel old, dude. I’ve had kids come to me and say, ‘Oh, I loved your movie when I was a kid and I became a marine biologist.’ It’s crazy,” in an interview with The Daily Beast.

Hopefully, Jason has many successful years ahead of him in his acting career.

It’s not easy to become a global celebrity as a child, but I think he has handled it all well. As long as he can continue to do what he loves, I’m sure we’ll see him in some great movies in the future!

And of course he has aged, but who doesn’t!