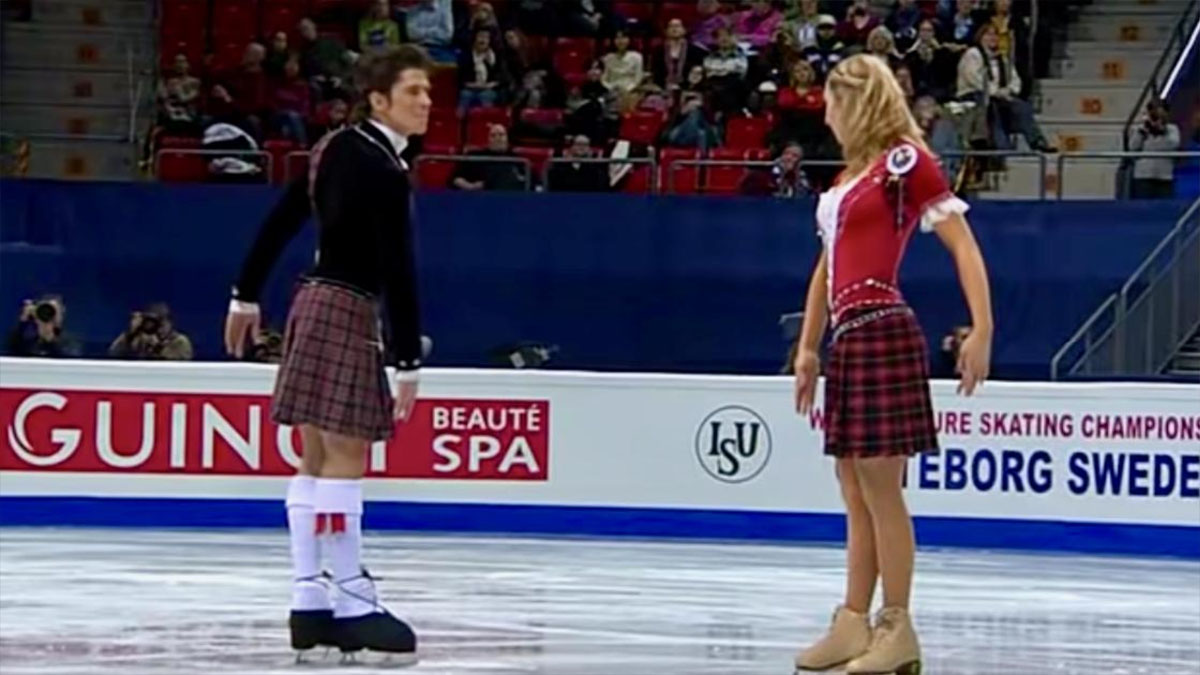 Most of us can agree that watching professional ice skaters perform is quite mesmerizing.

But anyone who saw the Kerr siblings routine at the World Figure Skating Championship in Gothenburg, Sweden will know this pair took the sport to a new level.

Although they performed their dazzling routine 14 years ago their moves were unforgettable; since then almost 2 million people have watched their routine on YouTube.

Sinead Kerr and her brother John teamed up in 2000 and won numerous European medals for their performances, but it’s this one in particular that really stands out.

The duo, who have since retired, also had success off the ice with Sinead working as a model and actress and younger brother John gaining success as a singles skater.

They were the first British ice dancers to make the top ten at the European Championships since Jayne Torvill and Christopher Dean.

They then went on to work with Christopher Dean in 2007 and 2008, the year they performed this jaw-dropping routine.

Drawing from their Scottish heritage they combine traditional music with arguably the best known Scottish tune in the world, “Auld Lang Syne,” sung by most revelers to welcome in the new year.

Dressed in traditional Scottish attire, the superstar siblings attempt moves that seem to defy gravity, without putting a skate wrong and with a smile on their faces throughout.

In an interview later, Sinead shared, “We wanted red to stand out on the ice, and something light enough that it wouldn’t weigh down the costumes…A full kilt is eleven yards of material.”

The duo performed to whoops and cheers from the audience with so much confidence, they were an absolute joy to watch and the addition of highland dancing on skates sealed the performance as one which nobody could forget.

At one point Sinead hangs upside down, holding John’s leg in her hand and the spinning is enough to send most of us dizzy just watching them. They also move perfectly to the music despite constant changes in the tempo.

These two started out as singles skaters but after seeing them together it’s clear they made the right decision to team up.

Sinead and John ended up winning a silver medal for their performance, one of many medals that these fearless two won for their incredible showmanship and skills on the ice during their careers.

See their incredible performance in the video below.

I can’t imagine how much practice went into this performance, it’s breathtaking.

Please share if you too were impressed by Sinead and John’s performance.