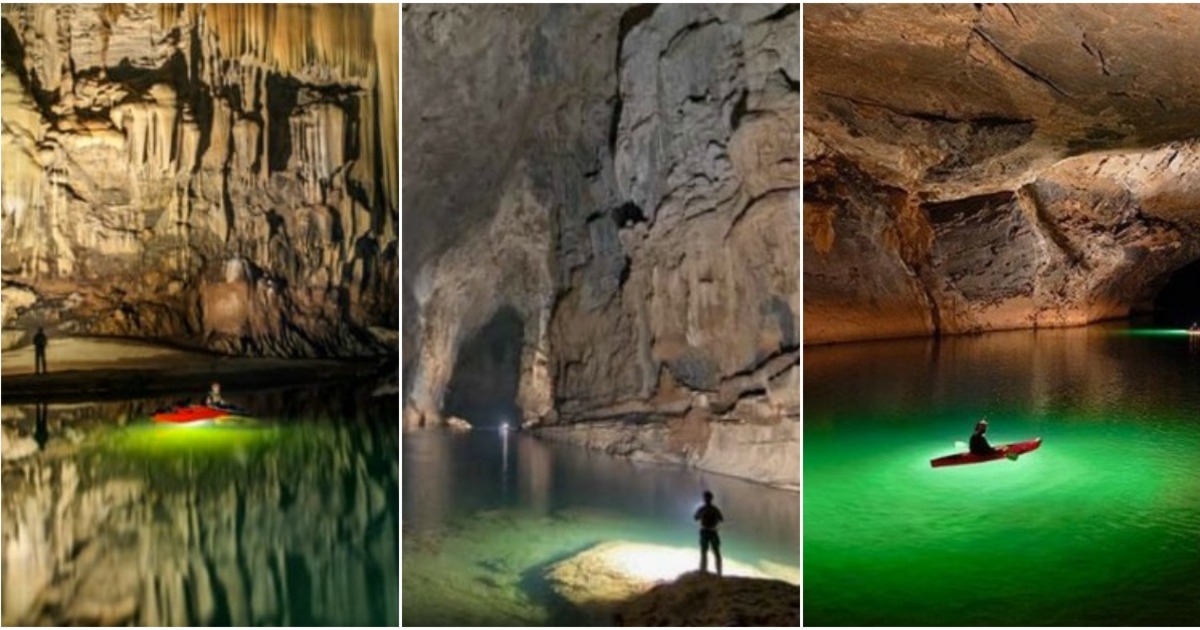 Tham Khoun Xe is like nothing you’ve ever seen.

The underground river, located in a remote area of Laos, is one of the largest of its kind in the world. At a length of nearly 4.5 miles (7km), the river has carved out a series of massive caves with an average ceiling of almost 200 feet (60m) and width of 250 feet (76m). And while tourists are allowed to view a few of the more accessible caves, most of this ethereal treasure is off-limits to all but the lucky few.

Fortunately, Ryan Deboodt was among them. Recently, the Beijing-based photographer was given exclusive access to the cave network, and he brought along his DSLR camera and a drone to capture the cave in all of its ethereal glory. The results, as you’ll see, are otherworldly.

Watch below as Deboodt enters the secret world of underground caves and captures the chilling beauty of the Tham Khoun Xe River.