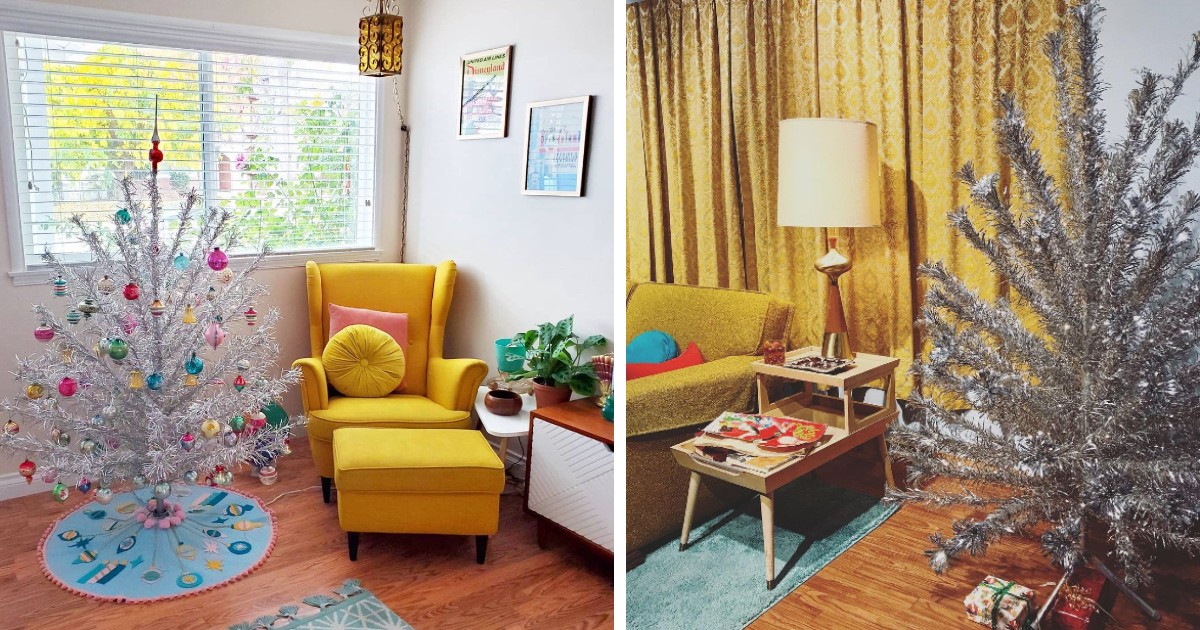 When it comes to Christmas trees do you prefer a real tree or a fake tree?

So, how did they become so popular and when did people stop decorating their homes with trees made out of foil?

The shiny aluminum Christmas trees were first made by Modern Coatings Inc. of Chicago in 1958 before the bulk were produced by Aluminum Specialty Company, of Manitowoc, Wisconsin.

In a way, the aluminum Christmas trees ushered in a new era.

“I think, broadly speaking, it was also about the end of the war and wanting to live in something that really looked different. You don’t want to think about the old wooden radios that we had during the war. We want something brand new and totally different that doesn’t remind us of that. It was sweeping the slate clean.”

The trees were made by drilling holes in a trunk where the branches with aluminum foil needles were placed. Because of fire safety concerns, lights were not able to be hung on the tree.

Instead, a color wheel was placed on the ground near the tree and a light with a rotating color wheel reflected off the tree’s shiny branches.

“It is unlikely to really happen, but on the off chance that one of your lights is askew or there’s a break in the plastic that covers the wires, God forbid, theoretically somebody could be electrocuted, so they were very big about don’t put the lights on it,” Sarah Archer, author of Midcentury Christmas, told Jezebel.

And then just like everything else, “the counterculture happened and it was like back to nature—artificial dyes are bad and natural food is good and suddenly they were totally square and completely fell out of favor.”

Some believe it was partly due to their appearance in A Charlie Brown Christmas.

The holiday special, which aired in 1965, had Lucy telling Charlie Brown to buy the “biggest aluminum tree you can find — maybe paint it pink.”

But it wouldn’t be the last we’d see of the aluminum Christmas tree.

“They went into this dormant period and then started reemerging at yard sales. In the ’80s and ’90s people would find them at estate sales and be like, oh my God, this is so cool,” Archer said.

Now they’ve become a collector’s item with many selling online for hundreds or even thousands of dollars. At the height of their popularity they sold for roughly $25.

“From a design perspective, they’re quite brilliant,” Julie Lindemann, a photographer and aluminum Christmas tree collector who grew up in Manitowoc, told CNN Money.

“The simplicity of the lines, the way they really do evoke a tree—just the sight of them is pretty amazing. And nobody seems to have just one. We’ve met lots of people who say, ‘I’ve got five or 10 of these, and I know somebody who has 50!’ People seem to want them in multiples.”

Just like every trend, the aluminum Christmas tree became extremely popular and then just as suddenly, no one was interested.

And now those who grew up with one or those who yearn for some nostalgia are on the hunt to find the perfect shiny tree.

Did you ever have an aluminum Christmas tree? Let us know on Facebook!