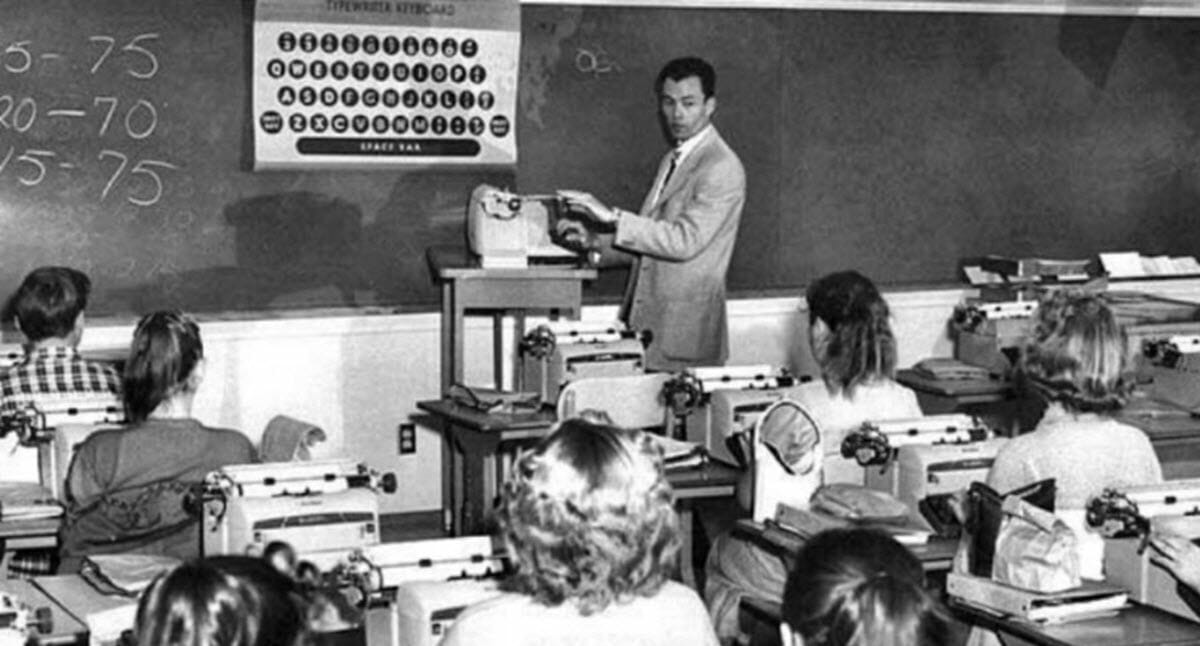 Most of us are reliant on a computer to succeed, it’s difficult to get by without one but can any of you remember what came before the world of laptops?

The reliance on computers starts at school today with school children learning in ways their parents and grandparents can only imagine.

But for those that went to school before the days of computers may remember the humble typewriter; an unforgiving machine where correct spelling and grammar was vital.

According to a 2007 article from the New Yorker there were 52 attempts to create this game-changing machine until American inventor Christopher Latham Sholes managed to patent the first successful working machine in 1868.

Typewriters remained an integral part of working life until the 1980s and typing was even taught in schools where children learned those tough reaches such as the numbers 5, 6 and 7 along with letter keys Q and Z.

Today we take for granted that when we make a mistake it can be easily corrected with just the click of a button and that we’ll get a reminder when it comes to spelling and grammatical errors.

For those beginners learning on a typewriter without looking at the keyboard, known as touch-typing, an abundance of correction tape or whiteout was required but it was still obvious a mistake had been made and correcting was a hassle.

Those born in the 1970s and 1980s are among the last school children to have typing lessons and those born between 1977 and 1985 were among the first to have both lessons on computers and typewriters, according to The Atlantic.

The sound of the keys crunching as we typed and the ring of return were like music to our ears, a sound that signals a past era and fond memories for a lot of us.

And don’t forget to share this picture of nostalgia with your friends and family.