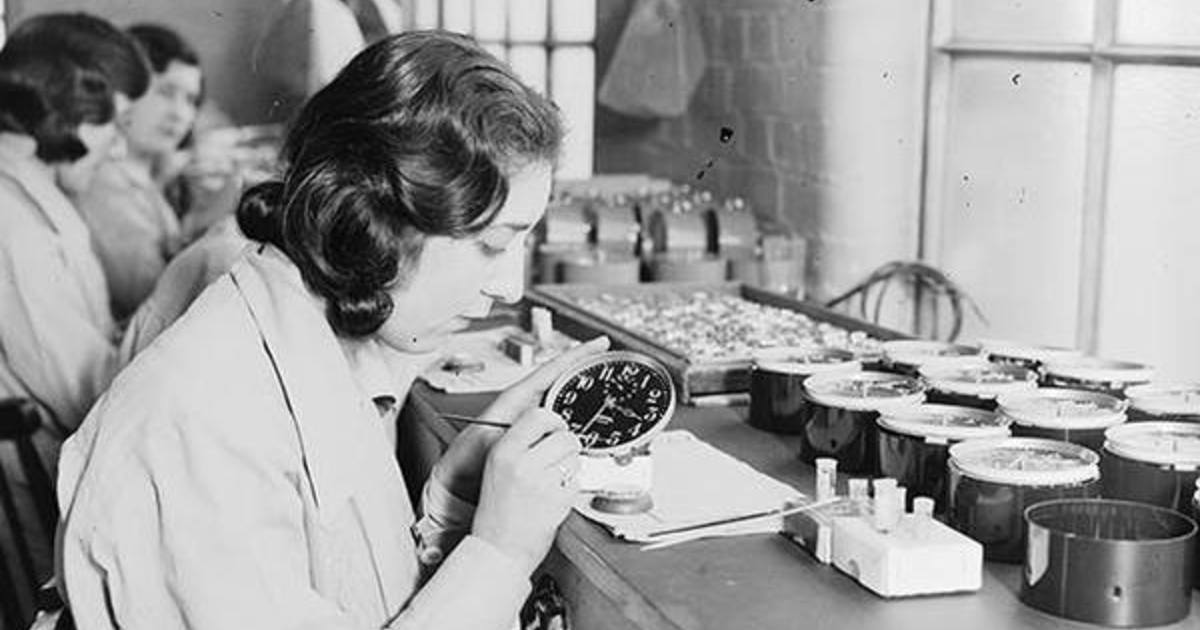 For as long as factories have been around, workers have toiled under difficult, dangerous conditions. And even though the situation in much of the world is better now than it used to be, people still die on the job when factory managers and owners prize profits over safety.

Marie Curie discovered the chemical element radium in 1898. “My beautiful radium,” she called it.

The newly discovered element was powerful enough to destroy human tissue, and it was enlisted in the battle against cancer, and it was also used to treat fevers, constipation, and gout, writes The Spectator.

People believed that radium could make people live longer. Radium spas opened, and radium water was sold as a tonic. But these treatments were reserved for the rich, as radium was costly.

Amelia “Mollie” Maggia was young when she started working at a watch factory that made special glow-in-the-dark watches for the military.

It was radium that made the watches glow, and Mollie and the other girls were tasked with painting numbers on the watch dials with radium paint. The numbers had to be painted precisely, and the girls were encouraged to use their lips to make their brushes pointy. If any of them had any concerns, the managers said that exposure to a small amount of radium wasn’t dangerous. And besides, the girls were paid three times more than other factory workers.

The girls who worked at the factories were later nicknamed the “ghost girls.” Their lips, and everything else they painted or got paint on glowed in the dark. One girl put some radium in her hair to make it shimmer, and Mollie used it to brighten her teeth.

At the same time, the owners of the companies that made radium went so far as to falsify research on radium to prove that the element posed no health risk.

She visited a dentist, but instead of her teeth improving, her entire jaw started rotting. Finally, she was left without a jaw, and even her hips desintegrated shortly after she died.

In Mollie’s autopsy, the coroner wrote, to the horror and shame of her family, that she died in 1922 of syphilis. And it wasn’t until five years later that the family found out the truth, when her body was excavated.

One after another, young women in the United States began to die because of the horrific effects of radiation.

But the bosses refused to acknowledge that radium played any role and continued to refer to their false research.

It wasn’t until a man died in 1925 that a New Jersey doctor named Harrison Martland began to reveal the truth.

When the bodies were exhumed and examined, there was no doubt about the matter. They still glowed with the characteristic color of radium.

For years, the factory bosses refused to accept responsibility, until 1938, when the owners of the factories were found guilty of the death of the young women.

Since this victory, factory conditions have improved in many places in the world. And this is at least in small part due to the tragic suffering of the radium girls.

Feel free to share this article with your friends on Facebook so that we never forget all the workers who have needlessly sacrificed their lives over the years. Let’s help prevent it from happening in the future!