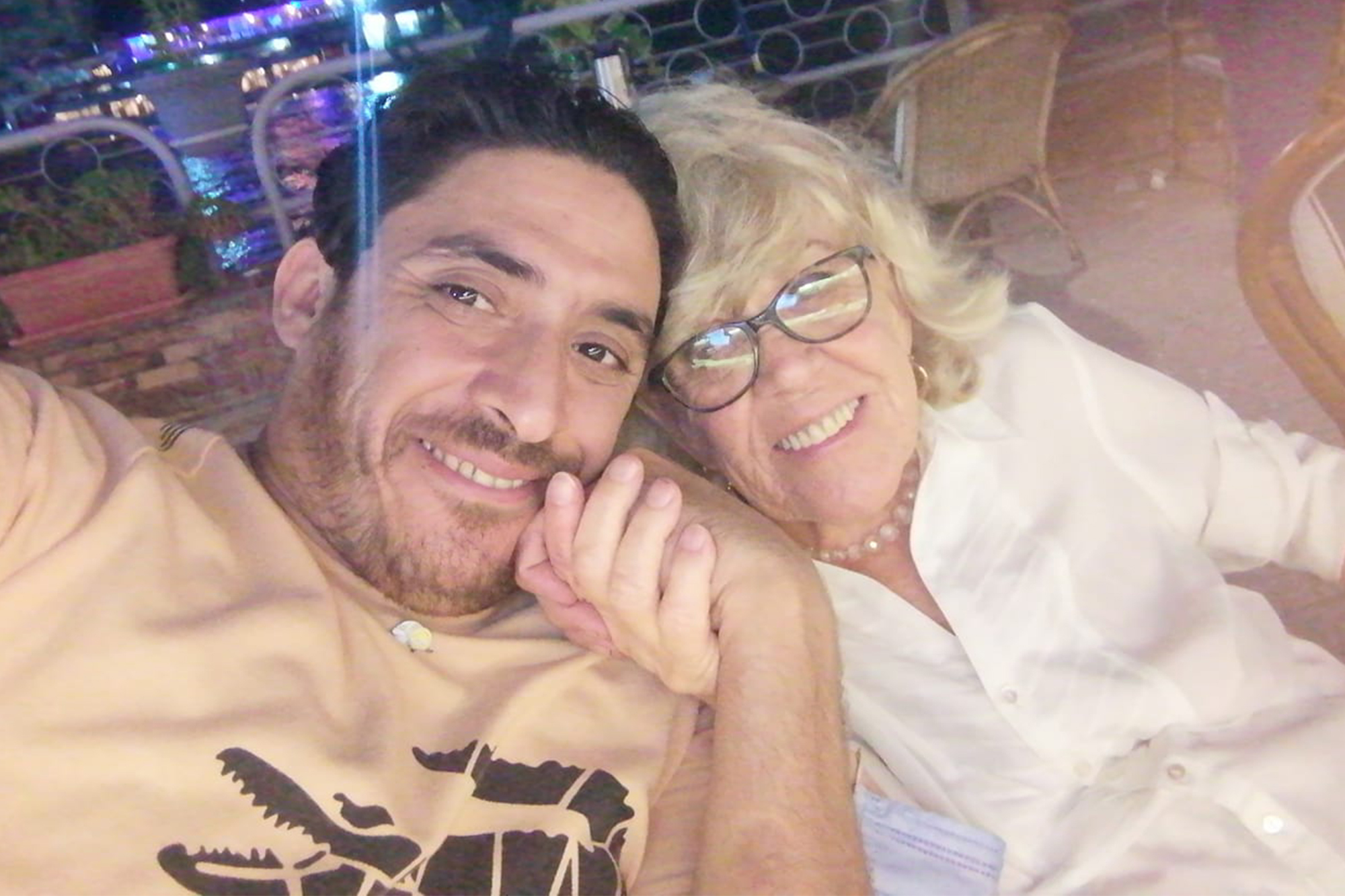 Although there’s a 46-year age gap and thousands of miles between them, the 83-year-old from Somerset, England, and the 37-year-old from Cairo, Egypt, are madly in love.

Critics and skeptics have tormented Iris, but the 83-year-old power woman is not ashamed of her choice of partner and doesn’t shy away from revealing spicy details about her love life.

Mohamed Ibriham is 36 and originally hails from Egypt.

He met British native Iris Jones on Facebook in 2019. The two struck up a romance not long after they connected, eventually met in Cairo, and were married in November 2020.

Mohamed has recently had to go on to defend his marriage, however, as critics attempt to argue that he is with Jones for a visa and her money.

The reason people are jumping to this conclusion? Iris was 82 when the pair first met.

The couple recently appeared on British chat show “This Morning” to explain the hate they have received. Mohamed explained:

“Some people attack us. Why? I am working. I’m not with Iris because I need something … I am a rich man, I have a bungalow in Cairo.”

Iris is retired and only receives about 200 pounds ($266) a week on government allowance.

“We’re going through problems now because Mohamed is adjusting to life in the west and I’m adjusting to having a man around the place,” she explained.

“The love does not know any difference between age, or countries,” Mohamed declared, according to the Daily Mail. “This is our life, Iris chose me and I chose Iris.”

He added, “I want to say for all the people who attack our love, it’s none of your business, focus your lives, go to hell. That is all.”

Iris also opened up about their love life and shared some insights that shocked the This Morning hosts, Philip Schofield and Holly Willoughby.,

”The first night – pretty rough, it was rough. Nobody has been with me for 35 years, I thought I was a virgin again,”

”Can I say what we used? A whole tube of KY Jelly,” Iris shared.

Getting older does not necessarily mean that you need to slow down in life. On the contrary, it’s the best time to push the pedal to the metal and do what you think is fun. After all, if not now, when?