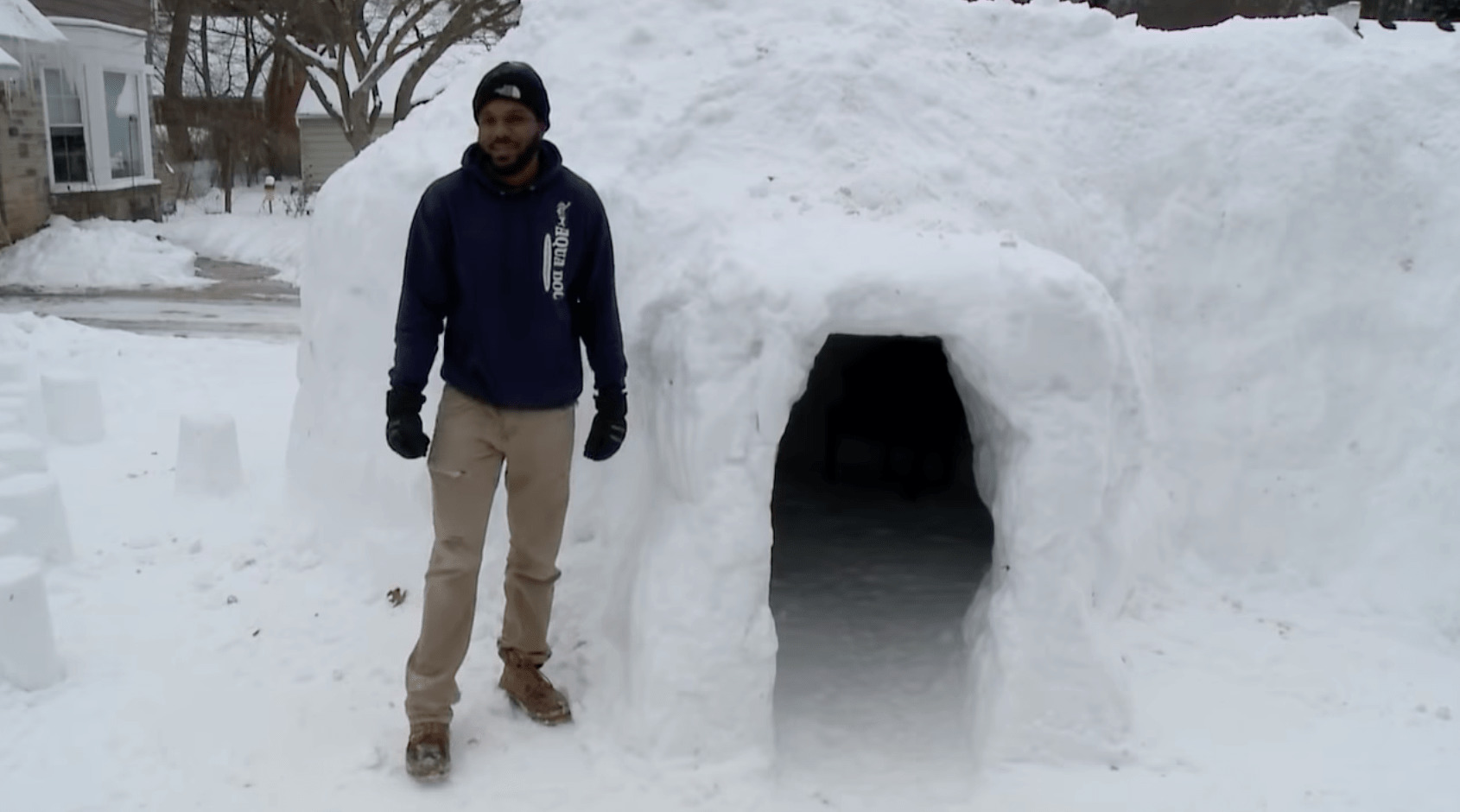 If we live in an area that experiences snowfall, we have all probably attempted to build something with that snow at some point in our lives.

or most of us, that was in childhood. This Ohio man, however, has taken snow-building to a whole new level for his family.

Blake Dixon has always been an avid fan of snow days and snowy weather. In middle school, he dreamed about building a castle or other large structures out of snow.

Blake spent years thinking about the physical aspects of such a project and was finally able to start planning a more concrete method a few weeks ago.

He didn’t go at it alone, of course, receiving some help from friends along the way.

The start of the project was not perfect.

“When we first started working on it, all we had was a pile of snow, and then we were working on the inside to pull it all out,” a friend of Blake’s explained to Fox 8 News in Cleveland. “The top collapsed, and with some ingenuity from Blake, as well as a little bit of persistence, we were able to reconstruct the dome.”

Eventually, the group produced an impressive igloo despite the initial challenges.

So far, the igloo contains a full sitting area, a hallway, and a second room. It can fit at least seven adults and two children as it currently stands.

When interviewed by Fox 8, Blake explained that despite its size and roominess, the project was still not finished. He had plans for a chimney and a fireplace that the team was already working on.

Just a few days ago, however, Dixon posted the final structure on his personal Instagram account, garnering hundreds of likes on the platform.

The video posted to his social media shows the finished fireplace and an added television to his cozy structure. The perfect place for his family to get comfortable and spend time together, there are even blankets waiting in the second room to warm any sleepy visitors.

In his igloo posts on social media, Blake thanked everyone who helped him with the project and expressed appreciation for his friends and family.

“Brainstorm an idea and make it happen,” he wrote. “It’s a blessing to see an idea come to reality, seeing smile on people’s faces, and inspiring the young community!”

The Ohio resident recently graduated with a master’s degree in climate change and global sustainability. He has claimed he is now “ready to save the world”.

While we don’t know if Blake Dixon will reach his goal to save the world, we do think it is clear that he sets clear and impressive goals for himself that he works unbelievably hard at.

Let us know what you think of his impressive feat in the comments!