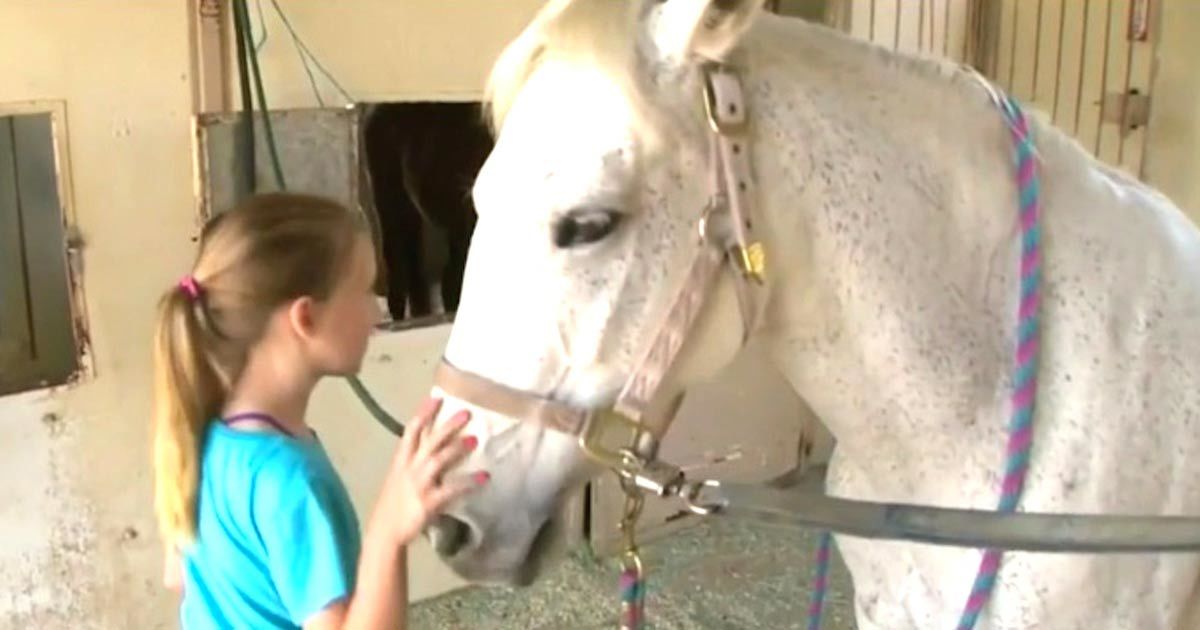 Last year, a wild horse was discovered running around and causing chaos on a California, US, highway. Lucky for the horse, Jen Fox was around – she decided to adopt it, and give it a home with plenty of love and care. But taming a wild horse is not the easiest task to undertake. Jen quickly understood how daunting it would be, especially as the horse was terrified of humans and very defensive. Jen began to wonder if adopting the horse was a big mistake. But then her 10-year-old daughter, Ella, stepped into the picture…

The horse, a white Mustang which they named Dixie, was underweight when she was adopted by Jen and her daughter Ella. The vet and other suspected the animal had previously been abused.

At first, it was impossible to even convince Dixie to join them. She kept a distance and refused to come forward. When they tried to ride her, she was extremely defensive and lurched around sharply.

Jen began to seriously wonder if adopting Dixie was a bad mistake. But surprisingly it’s her young 10-year-old who stepped in to save the day.

“It was love at first sight. I think she knew Ella was there to take care of her,” Jen told CBS.

Dixie was initially cautious with Ella, too, and even tried to bite her. But the young girl reacted calmly and carefully, and refused to give up on the horse. She gave the horse loads of love and braided her hair.

The love between them began to grow.

“I think she likes my personality, and I love her,” Ella told CBS.

The 10-year-old at last managed to do what no one else could: she tamed the wild horse.

And last week, something happened that no one thought possible – the now tame horse Dixie won, along with Ella, a prize in a competition.

“We have a unique bond. I think she trusts me a lot,” Ella told CBS.

Watch Ella and Dixie in the video below:

I was moved by the wonderful friendship between Dixie and Ella, and so glad that Dixie ended up in such good hands! If you agree their friendship is just beautiful, please share their tale on to your animal-loving friends!