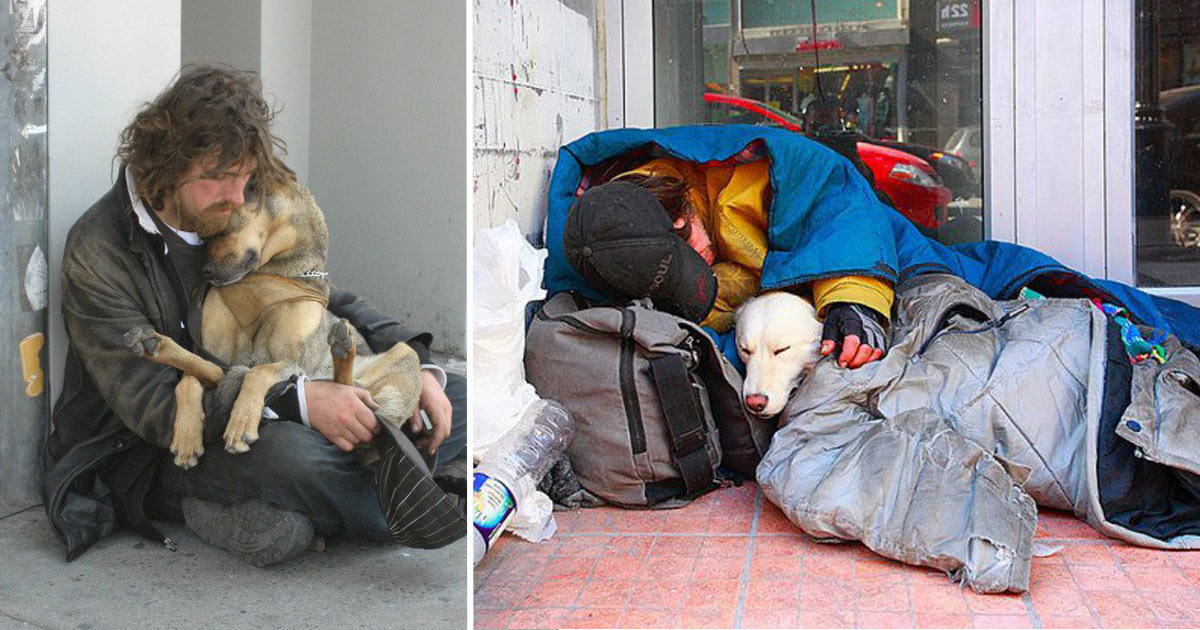 Some images require few words. This certainly applies to the 12 included here– all depicting dogs whose love for their owners know no boundaries. As can quickly be gathered from these moving images, dogs care not at all whether you are rich or poor. For dogs, wealth can only be measured with love.

1. A dog sleeps in its owner’s arms on a cold November day in Toronto, Canada.

3. A homeless man cuddles with his dog on the subway in Stockholm, Sweden.

4. This owner will do anything to keep his dog dry under the Manchester, England rain.

5. “Money got no friends but more money”…

8. Homeless man hugs his dogs on a street in Paris, France.

11. A homeless woman in Dublin keeps her dog warm in a sleeping bag.