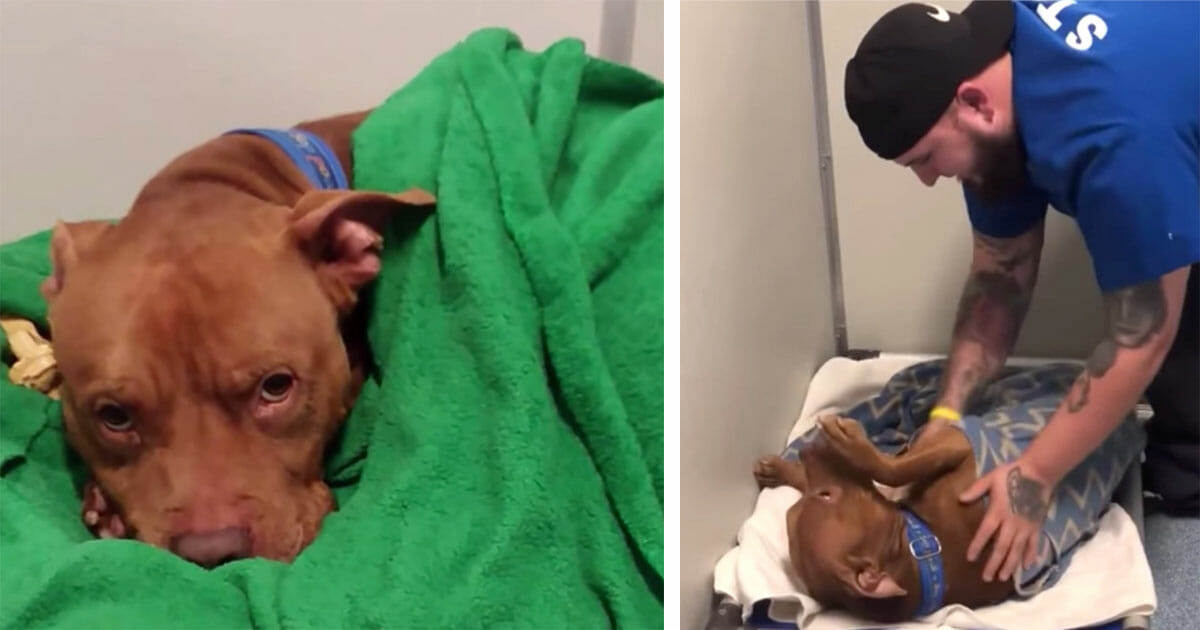 Falling asleep in an unfamiliar place can be extremely difficult. If it doesn’t take you hours to drift off into dreamland, you spend the night tossing and turning.

For one pooch at Mohawk Hudson Humane Society, getting used to life at the shelter was difficult, especially when it came to nighttime.

“He took a long time to warm up to us,” Nancy Haynes, director of behavior and enrichment at Mohawk Hudson Humane Society, told The Dodo. “Even when you approached his kennel, he would sit in the back and cower and shake. You would usually find him curled up in a ball at the back of his kennel.”

The 2-year-old pit bull, named Prince, arrived at the upstate New York animal shelter in April 2018. Prior to his arrival he lived with his owner, but when they couldn’t take care of him anymore Prince went to live with his owner’s girlfriend.

One day when Prince was out for a walk, he slipped out of his leash. Animal control found him and brought him to the shelter. Despite staff contacting the girlfriend, she never claimed Prince. So, the pit bull stayed.

As staff at the animal shelter worked with Prince they realized there was one thing that made him calmer and more comfortable–getting tucked in at night.

“One of the staff members was just snuggling with him in the kennel … and he got up on the bed and a staff member just tucked a blanket around him, and kind of realized, ‘Oh, he really likes this. It makes him feel comfortable,'” Haynes said.

And as the saying goes, the rest is history. 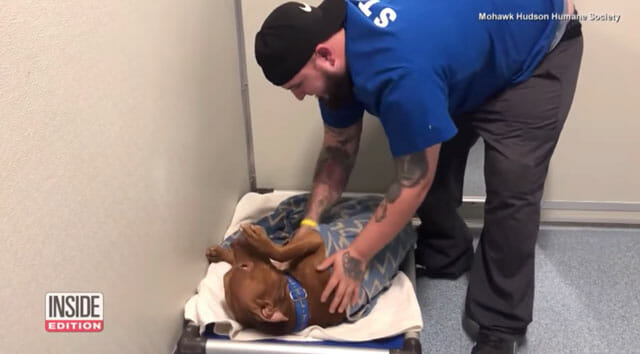 Every night before staff went home someone would tuck Prince into bed.

In addition to making sure the pit bull was all snug like a bug in his bed, staff members at Mohawk Hudson Humane Society spent months socializing and training him to be less reactive than when he came to them.

According to iHeartDogs, Prince found his forever home, where he will undoubtedly enjoy being tucked in every night by his new family.

If Prince’s nightly request pulled at your heartstrings and the staff members who tucked him in made you smile, pass this article on.