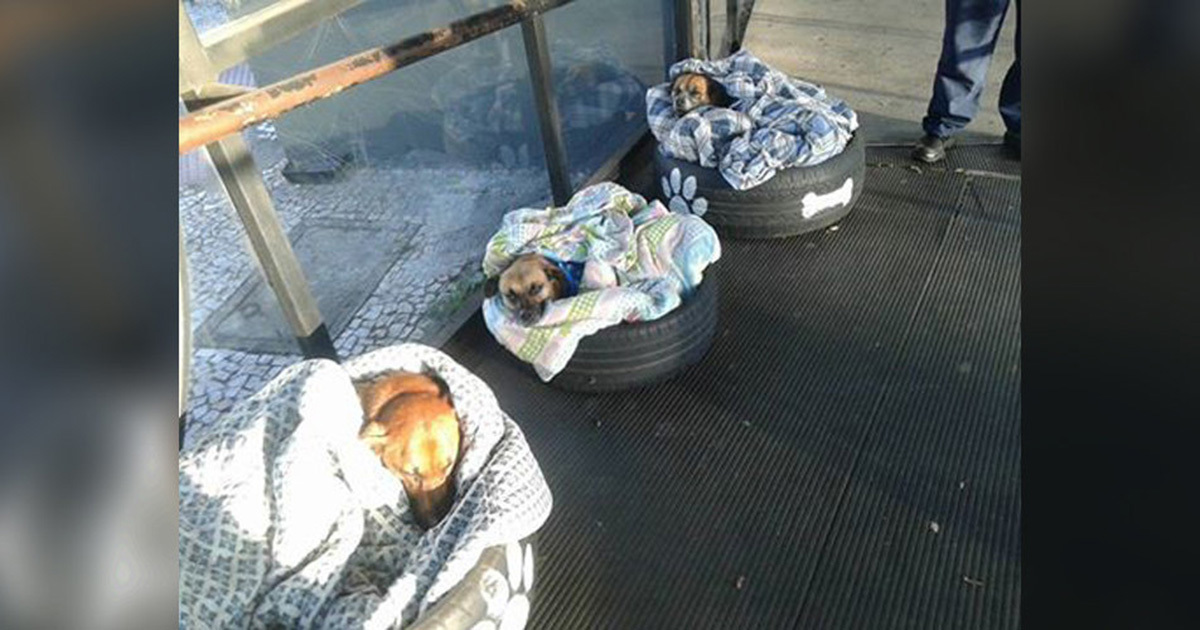 As the northern hemisphere gets ready for summer, winter is about to arrive in the southern half of the planet. That makes life extra tough for homeless dogs living in places like New Zealand or Brazil. Of course, our four-legged friends respond differently to cold depending on how furry they are, but I still think most dogs would prefer a cozy night’s sleep indoors.

In southern Brazil, the nights are getting chilly as winter approaches. But these three homeless dogs are lucky. They’ve been given a perfect place to sleep safe and sound at night.

No one knows whether these three dogs have been homeless from birth or if they were abandoned. But in any case, it seems like they feel at home now.

That’s because the staff at a bus terminal in the city of Curitiba has opened their hearts—and the terminal’s doors to these three pooches. When they saw that the dogs were out in the cold, the animal lovers at the bus terminal refused to let them freeze.

The staff has named the dogs Max, Pitoco, and Zoinho. Now, the trio sleeps under a roof and gets food and water, blankets, and even their own beds.

The staff cleverly made beds for the dogs out of old car tires. Check it out!

Tire beds might not look inviting to us, but for these dogs, they’re pure luxury.

A local politician was told about this story and decided to visit the bus terminal. In a Facebook post that’s gone viral and has been shared tens of thousands of times, Fabiane Rosa pays tribute to the staff at the terminal.

Fabiane points out that many animals live on the street under difficult circumstances and that some are also subjected to abuse and neglect.

But, above all, it’s this line that sticks with me: “We must understand that this world is not a privilege of humans. God created animals to teach us to love unconditionally,” Fabiane wrote in his post.