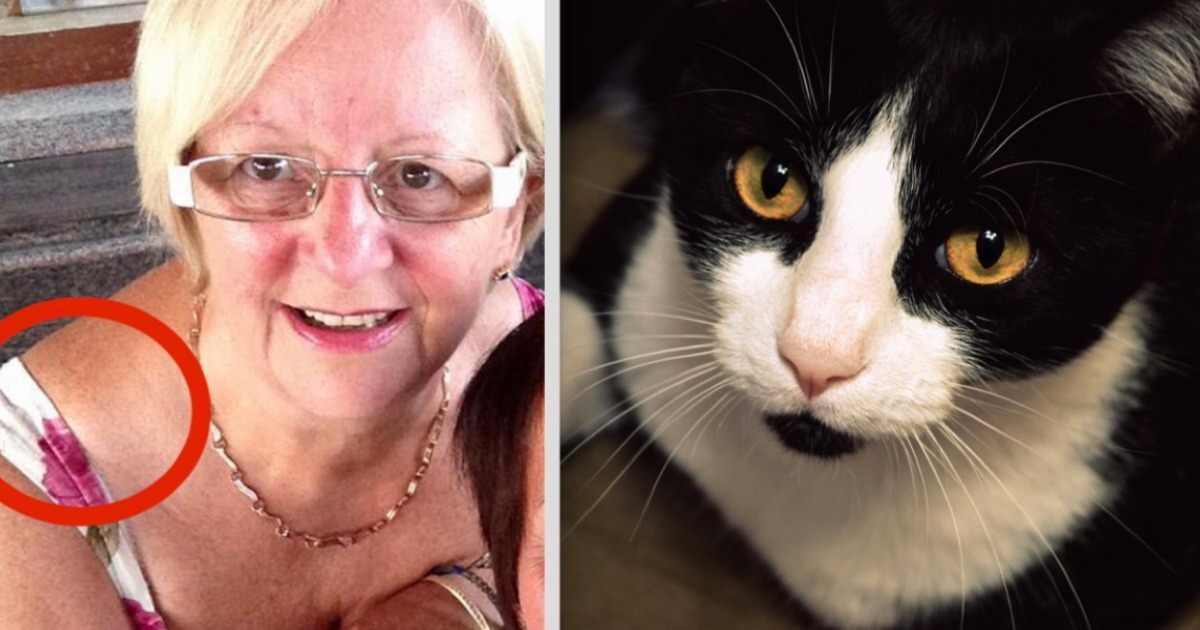 Twenty years ago, Sue McKenzie, 64, discovered something outside her house.

A black and white kitten was meowing in the pouring rain outside her door in Scunthorpe, England.

Sue’s husband had no interest in taking in the stray kitten, but Sue couldn’t help but open the door.

She gave him some food, and ever since, Tom the cat has lived with Sue’s family.

But what Sue didn’t know was that years later, Tom would pay her back in the most unexpected way…

In the late 1990s, Sue McKenzie adopted a stray kitten whom she named Tom.

From the outset, Sue and Tom shared a strong band, but the black and white cat was unlike most other house cats.

Tom was independent and kept his distance from others. He preferred the yard to the living room and in many ways, he continued to be a street cat.

Then last year, Tom surprised Sue by changing his behavior.

After being aloof for 20 years, Tom suddenly wanted to be close to Sue in a way that he had never done before.

Tom started pawing and patting Sue on a particular spot on her body—her right shoulder.

“Tom doesn’t actively seek out human contact, so I thought he was behaving very strangely when he suddenly started pawing me,” Sue told ITV News. “He would pat my the back of my neck while meowing very loudly. He did it constantly for two weeks and was starting to drive me mad to be honest.”

Sue was worried that there was something wrong with Tom. She never thought her cat might be trying to tell her something.

Sue took her 20-year-old friend to an animal clinic but was confused when the veterinarian told her that Tom was healthy.

The vet then suggested that perhaps Tom was trying to tell Sue something.

Sue, who worked as a nurse, thought she knew her body well enough to know if she was sick. But the veterinarian’s words echoed in her mind. And she suddenly felt like something was wrong with her collarbone.

Sue went to the doctor and learned that she had a lump on her shoulder. And it turned out to be Hodgkin’s lymphoma—a form of cancer that affects the lymphatic system.

Sue was diagnosed in August 2014 and soon underwent an operation to remove the lump.

After several rounds of chemotherapy, Sue fully recovered and is feeling well—all thanks to Tom.

“I had always thought animals had a sixth sense for these sort of things,” Sue said.

“I suppose it’s all thanks to Tom. He has saved my life in a way,” Sue said.

Our pets give us so much to be grateful for. But how many pet owners can thank their pets for literally saving their lives?

I think Tom deserves a big round of applause for his concern for Sue. Share this story on Facebook if you also appreciate all of the amazing things our animals do for us!