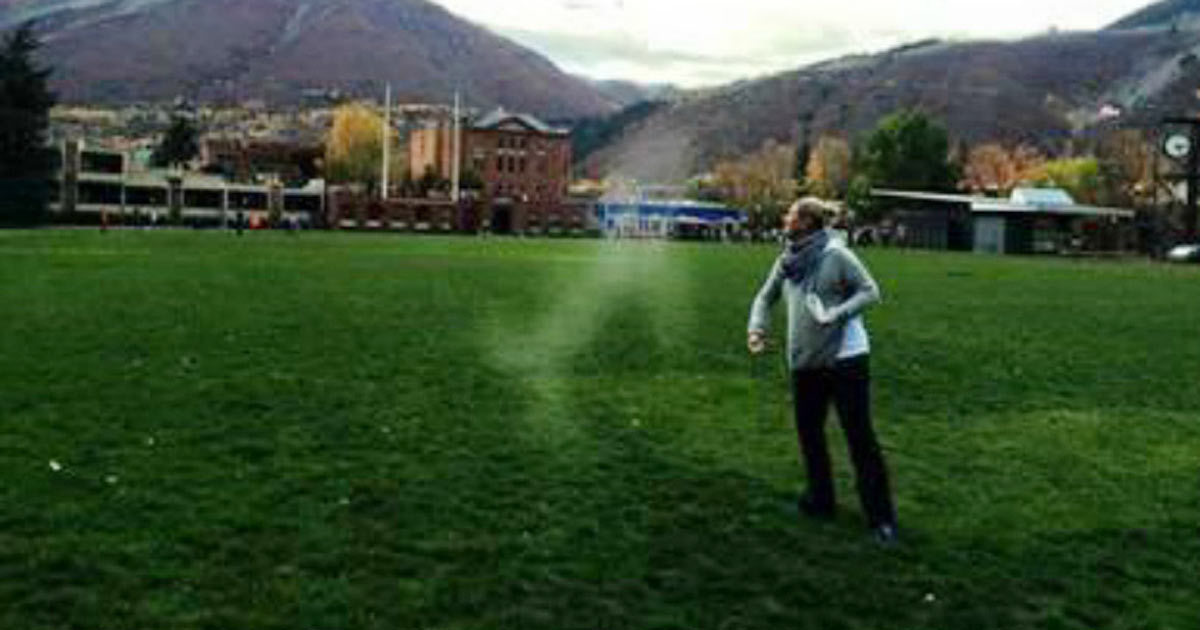 Ashley Lang lost her beloved golden retriever Wagner when he was 12-years-old. Anyone who has lost a dog knows how much it hurts. Dogs are family, and the day you have to say goodbye is, to say the least, very difficult.

Ashley decided to spread Wagner’s ashes over a field where they used to play. A friend came along to share the experience. When Ashley threw the ashes into the grass, her friend snapped a shot with their phone to keep as a memory of their final goodbye.

The image captured something incredible: The ashes seemed to form what appears to be the silhouette of a dog.

“It’s pretty remarkable… the tail and the legs and he looks like he’s, you know, leaping to go up,” Ashley told CBS Chicago. “Everyone keeps calling him the angel dog.”

Ashley has chosen to see it as Wagner’s way to say goodbye, and I can only agree. What a fantastic picture!