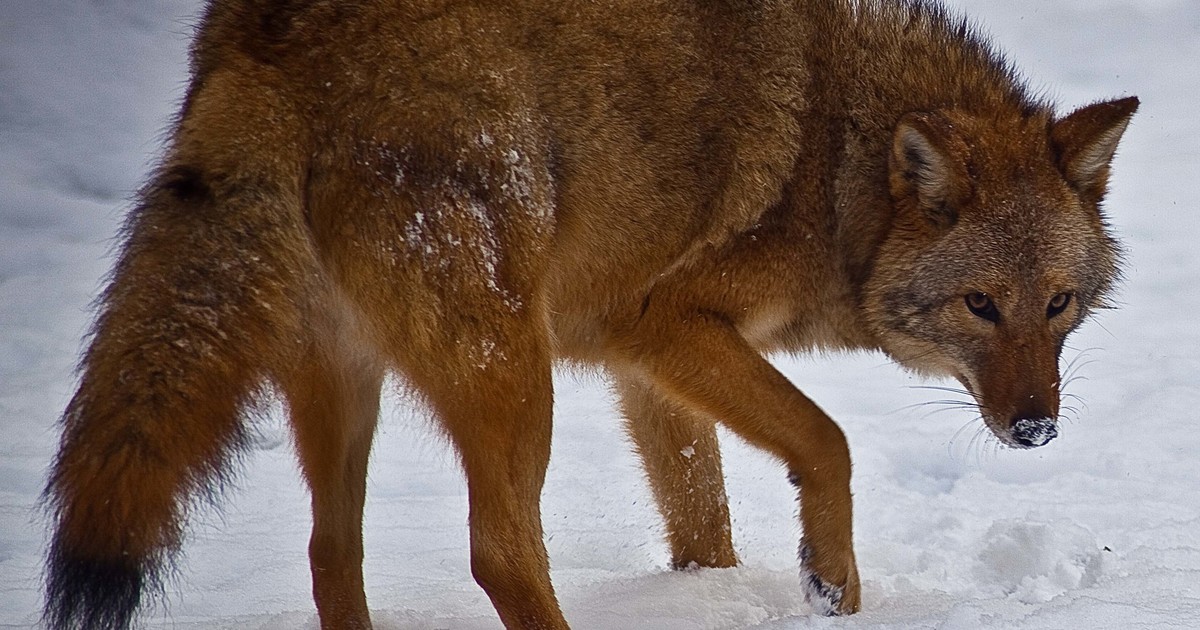 Interbreeding has been a major player in dogs’ evolvement. For 27,000 years, humans have created different species by hybridizing different breeds, shaping different dogs according to our desire. In this way, we can choose to make a dog faster, a better hunter, gentler, stronger – you name it. But recently a new species, combining dog, wolf, and coyote has been evolving – leaving scientists and researchers completely blown away by this incredible act of nature.

For centuries, wolves have been hunted, causing their numbers to diminish substantially. In addition, famers have cleared large areas of the animal’s natural habitat in order to grow crops. In such affected areas, wolves began to dwindle in numbers, but meanwhile dogs and coyotes did not.

That is when shocking inbreeding began to occur: a significant number of wolves have started to ‘lower’ their standards and begun mating with other somewhat related species.

Wolves began mating with the newcomers in their original habitat: coyotes and dogs, and their offspring have become known as “coywolves” or Eastern Coyotes, with the number of these hybrid animals now reaching millions, according to researchers at North Carolina State University.

According to The Economist, animal offspring usually ends up weaker than its individual parents – and their chances of survival is extremely low.

However, this is surprisingly not the case for coywolves, which in fact combine strength from the three genetically similar species of wolf, coyote, and dog.

Weighing about 55 pounds, the coywolf is much faster, stronger and twice as heavy as a regular coyote. It has a large jaw, and a muscular body that allows it to hunt down different animals both in open terrain and deep forests.

Coywolves have made it to many of major US cities such as Washington, N.Y, and Boston. The animal’s diet is diverse, and includes rodents, small mammals, and even discarded food.

According to research conducted on 437 of these hybrids, the dominant part of the creature’s DNA structure is coyote, with wolf coming on second with around 25% of its genetic makeup. Finally, it is about 10% dog, sharing the DNA of larger type dogs such as the German Shepherds.

But don’t be fooled by the small percentage of ‘dog DNA’, researchers suggest that the dog DNA part is rather influential on the animal’s character.

Some scientists have suggested that this hybrid can adapt to city life since their ancestors, dogs in particular, are more tolerant to people and noise – which neither coyote or wolf can do. The coywolf even looks both ways before crossing roads, which indicates that they’re much more intelligent than their ancestors.

“(This) amazing contemporary evolution story (is) happening right underneath our nose,” said Roland Kays, a researcher at North Carolina State.

It’s just incredible how nature works! Share the incredible coywolf phenomenon with all your friends if you’re as impressed as I.

For more on the coywolf, watch the amazing report below.