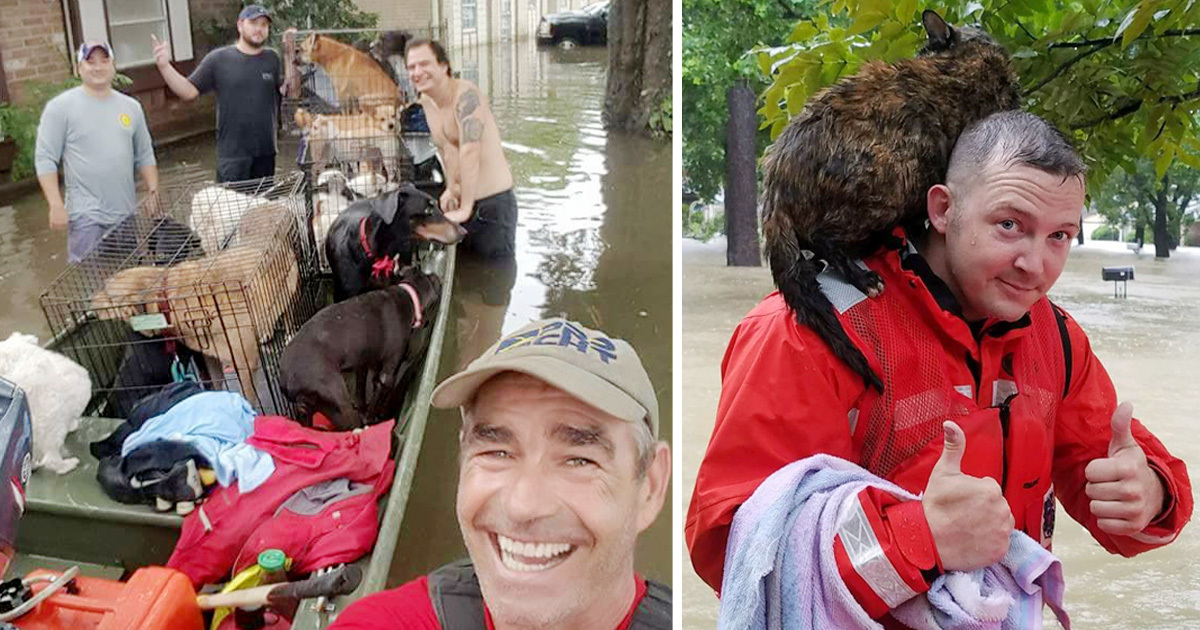 So far, Hurricane Harvey has cost at least 13 lives and displaced thousands of people in the Houston, Texas area.

But the storm has taken its toll on Houston’s pet population, too.

It’s been heartbreaking to think of all of the animals that have been left behind and to even see pictures of helpless dogs left to die in the water.

But there are also signs of hope, too.

Fortunately, a few heroes have headed back onto the flooded streets of Houston to save some of the animals that have been abandoned.

It’s already the worst storm ever to hit Texas, and it’s not over yet.

Hurricane Harvey has destroyed homes and streets and has forced people to evacuate their homes. But in all the panic, some people have been had no choice but to leave their pets behind and some have forgotten their pets altogether.

This poor dog was tied to a telephone pole without a chance of escaping on its own. We hope the photographer saved it after taking this shot.

Then yesterday, a woman named Betty Walter shared a wonderful picture on the Love What Matters Facebook page.

She and her neighbors helped save all the dogs that were still in their neighborhood. The kindhearted people filled their boat with 21 dogs, and the boat was so heavy that the humans had to wade alongside it so it wouldn’t sink.

The photo received more than 150,000 reactions in the first 24 hours after it was posted and some commenters posted pictures of their own rescue operations in response.

It’s so great to see that a lot of dogs are being rescued!

And cats are also being evacuated from the flood by boat (or on the shoulders of heroes).

It’s been devastating to read about all the dogs and cats left behind after the flood. But isn’t it heartwarming to see that many animals are also getting help?

Share this article to send your appreciation for all the volunteers out there who are saving Houston’s animals!