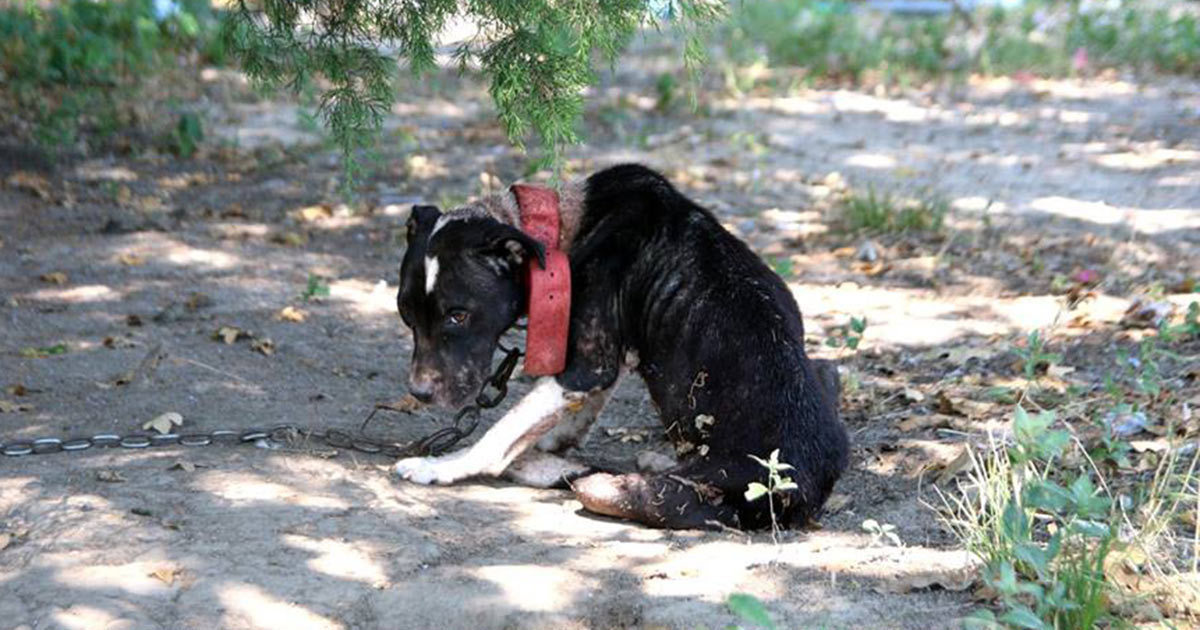 Day after day, the dejected dog sat in the hot sun, without food or water. She had no choice but lie there bound by a heavy chain as she guarded a farm in Able Springs, Texas.

Until one day, a group of animal lovers arrived to rescue her.

This story goes straight to the heart…

The dog was found on a farm with 13 others just like her. They were all in poor condition and chained without access to proper food or water. And only a few of the dogs had doghouses to protect themselves from the sun.

The dog’s rescuers named her Gwen Stefani for her courage and strength. She was so skinny that she could hardly stand up, and her eyes showed that she had given up hope. But she was kind to her rescuers—perhaps because she realized that her suffering was coming to an end.

The SPCA of Texas staff immediately realized that there was something special about Gwen. And her loving eyes melted their hearts.

She and all the of the other dogs were brought straight to the vet, who quickly concluded that Gwen was in extremely poor condition. If she wasn’t rescued, she probably would’ve died a few days later.

Her fur was full of fleas and sores. And she was in desperate need of a blood transfusion, clean water, and plenty of sleep.

And there she was.

It only took a few days before her eyes completely changed. It was like something awoke in her. Gwen felt hope again. And for the first time in her life, she received love and care.

Gwen began to wag her tail…

She still has a long way to go, and she needs more care to before she’s completely healthy. But she will heal, and she has an amazing life ahead of her.

Gwen is one of around 600 animals that SPCA of Texas during the month of July alone! Thanks to all who work to help these vulnerable animals! Consider donating to them and share this article to show your appreciation for their work!