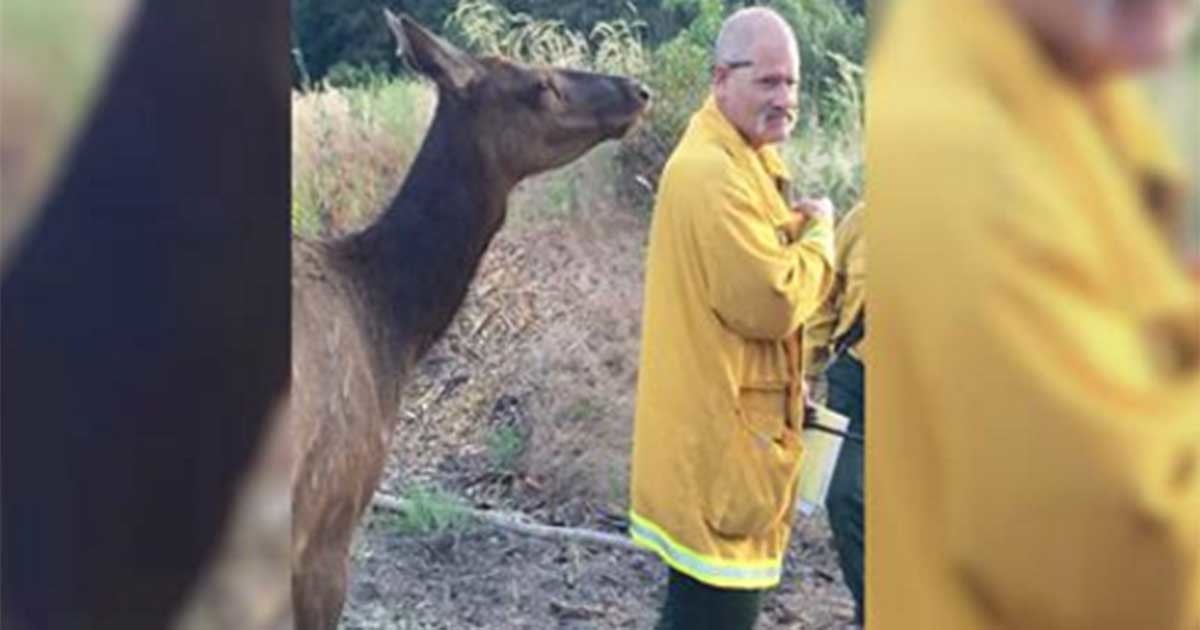 Many wild animals aren’t particularly happy when humans encroach on their natural habitat. But there are exceptional cases where animals are curiously social and seem to enjoy unexpected visits. An elk named Buttons is one of those animals. Poor Buttons has been wandering around in the woods of Kittitas County, Washington ever since she was abandoned by her family. Now people recognize her face from the countless visits she’s made to local farms. You might assume that the loneliness Buttons feels from having been abandoned has made her aggressive, but in fact, the opposite is true. Scroll down to see a particularly sweet encounter Buttons had with some local firefighters!

Firefighters in Kittitas, Washington were fully occupied putting out a forest fire when an elk suddenly approached them.

The elk turned out to be be a familiar face—Buttons. The abandoned deer has become something of a local celebrity. And she even has a good relationship with local cows and goats.

Although there are other elk families in the area, Buttons shows no interest in them. She prefers to spend time with her farmyard friends.

In keeping with her character, Buttons was overjoyed to see the firefighters, and went straight up to them.

She politely sniffed her newfound friends while they captured the moment with their cameras.

The firefighters were so excited that Buttons visited them that they posted images of the encounter on Facebook—to the joy of thousands of people.

What a beautiful creature!

Animals really do have hearts of gold. Share if you agree!