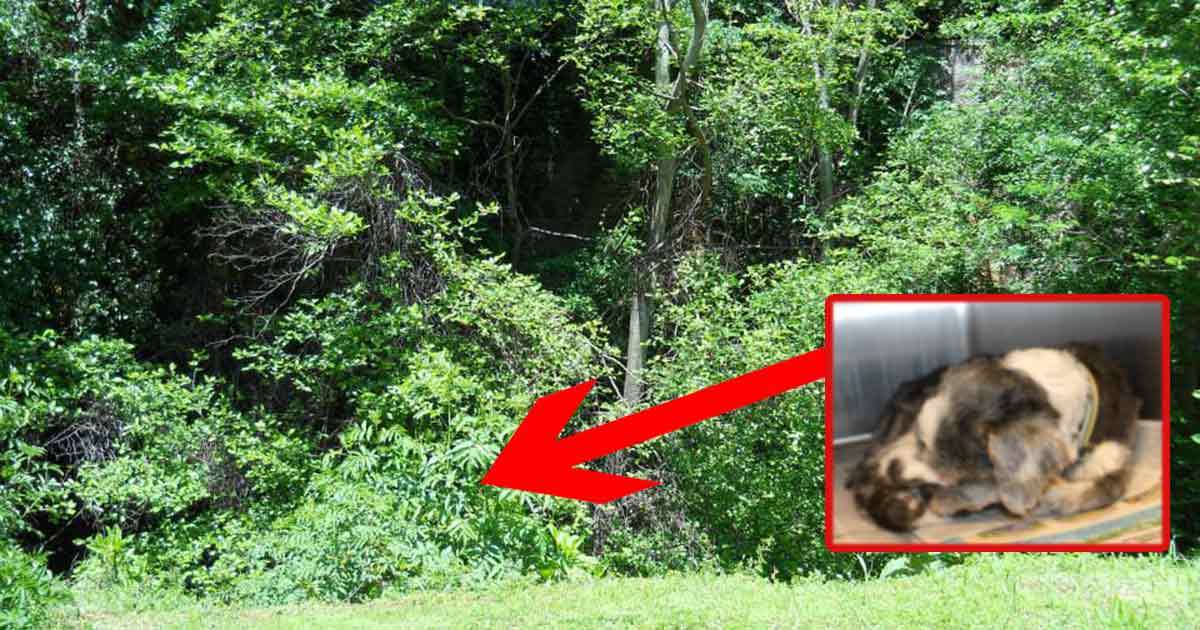 A woman called the local animal police after hearing a dog barking for hours in the woods. But what the animal controllers discovered when they reached the barking dog really filled me with love towards the dog. This story really shows that animals care and has a great amount of empathy.

This story took place in South Carolina a while ago. A woman had heard a dog barking for hours from deep inside a ravine and alongside a creek. So she decided to contact the local animal control so that they could check out what was going on.

When they arrived at the scene they was shocked with what they discovered. Yes, they found a dog, but they found something else as well.

The dog was nursing a stray kitten and refused to leave the kittens side. Instead, the dog had barked to get someone’s attention.

The animal controller realized that the dog had adopted the kitten and had cared for it for several days. They brought the little dog and kitten to an animal shelter nearby where they stayed inseparable.

After watching a news show about the dog and kitten a man and his wife decided to adopt the two best friends.

They named the kitten Kate, and the dog Goldie, named after daughter and mother Kate Hudson and Goldie Hawn. And to this day, Goldie still acts as Kate’s mom, just like she did back inside the ravine in the woods.

If someone you know believes dogs and cats can’t be best friends, just show them this article about Goldie and Kate. They really are best friends and I wish them a long and happy life together!