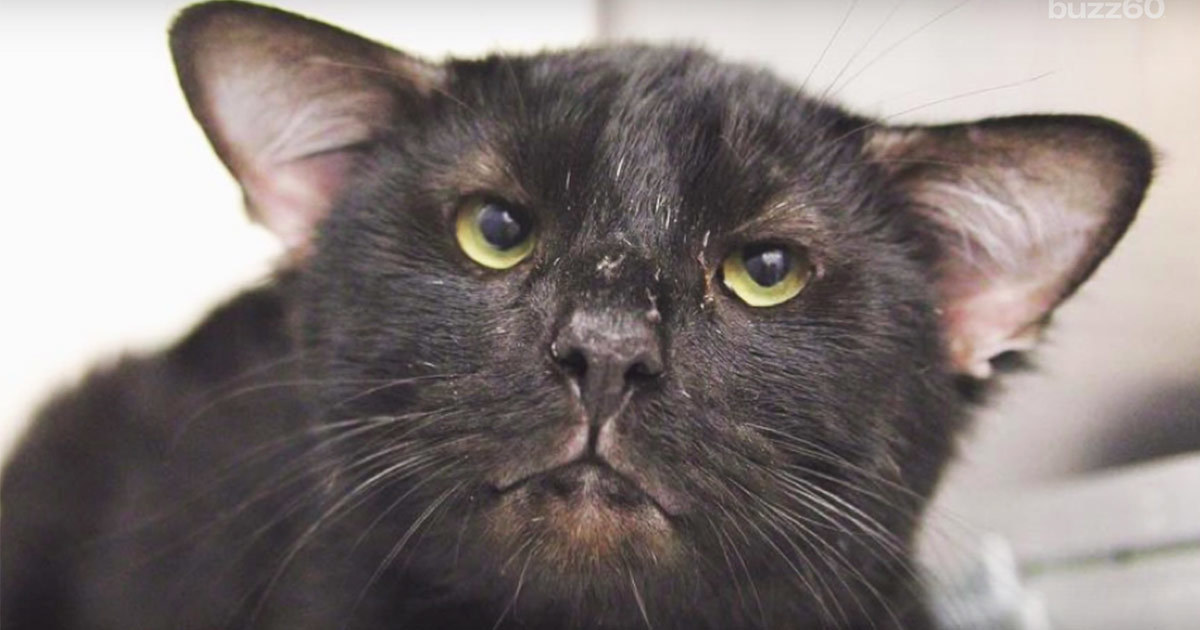 Just like us, cats each have their own personalities. Some are energetic and curious, while others spend their days lying around cuddling on the couch.

But what makes this little sweetheart special isn’t his personality…

When the unique black cat arrived at a animal shelter in Pittsburg, Pennsylvania, the staff quickly realized that he wasn’t like other cats—and it was no coincidence that he was called “Batman.”

Cats are amazing animals. It’s not just that they’re some of the cutest animals in the world, but they also have truly unique personalities and appearances.

Batman came from a home that already had too many other animals living there. Unfortunately, his owner was unable to keep him, so he brought Batman to the shelter so he could get a new loving home.

But as soon as the cat arrived, the staff saw something unique about him.

Batman was born with not just two, but four ears. The two extra ears are just behind his usual pair—and the shelter had never seen anything like it.

“As an open door shelter, we take in and care for any animal brought to us. Just when you think you’ve seen it all, a four-eared cat comes in the door,” Hala Nuemah, who manages the shelter told WNEP.

According to the animal shelter, Batman’s four ears are due to a genetic mutation that was seen as early as 1938 when a four-legged cat named Toots was found Ashtabula, Ohio. WNEP states that it’s a recessive gene mutation, which means that both of Batman’s parents contributed to his unique look.

However many ears Batman has, we can’t help but love him, and we wish him the best with his new family. They sure are lucky!

Get to know Batman more in this video:

I’m so glad Batman found a new home for his four ears. Don’t forget to share this article with your friends so they can also meet this beautiful cat.