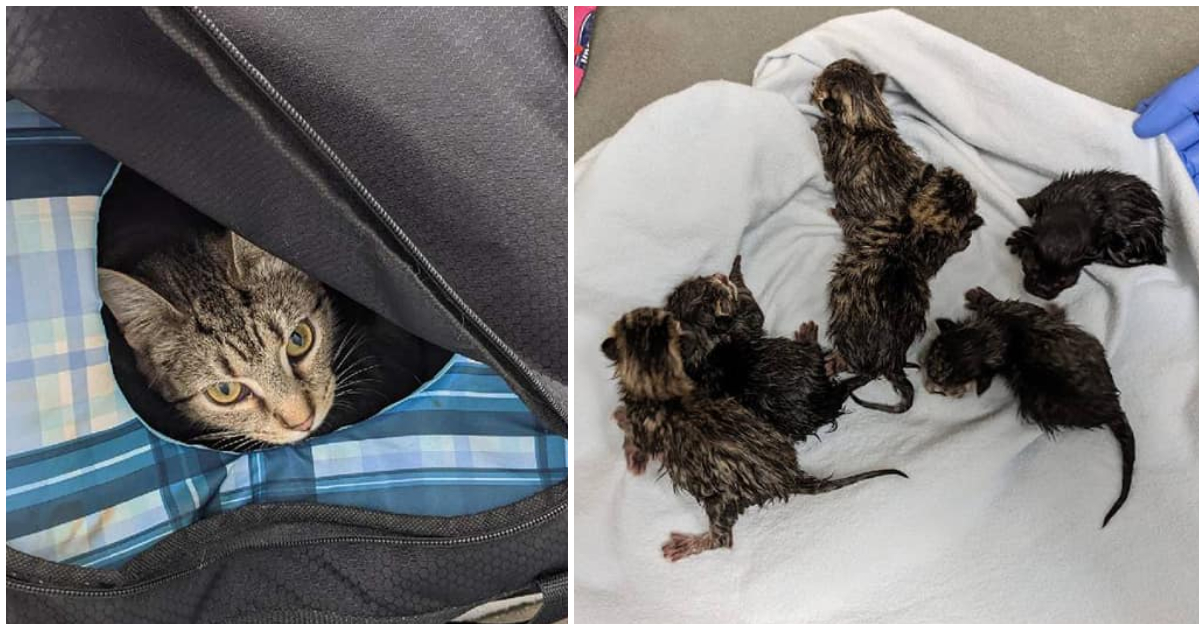 It’s always a good idea to report a package you think is suspicious. The “if you see something, say something” guideline helps to prevent explosives and other acts of terrorism.

But one recent case of a suspected bomb took an unexpected turn. While the package ended up being harmless, it did lead police to some animals in need of their help.

On February 18, the Butler County Sheriff’s Office, in Butler County, Ohio, got a call about a “suspicious package” left outside a church in New Miami.

According to the sheriff’s office, Specialist Mike Grimes and Det. Detherage of the Butler County Bomb Unit responded to the call.

But the scene was different than they expected, and the noise from the bag in question soon told them it wasn’t a bomb they were dealing with after all.

Opening the bag, a cat stuck her head out:

And underneath were her six newborn kittens:

A note explained that the mother cat, named Sprinkles, had given birth to the kittens just one day earlier.

It seems Sprinkles’ owner felt like they couldn’t care for the cat and her litter after she gave birth, and decided to leave them outside the church.

While this isn’t as serious as a bomb, it was still critical that they found the kittens in time. With the newborns left out in the cold—and inside a bag— for who knows how long, it’s easy to imagine things could’ve gone wrong.

Luckily, the cats are “out of the bag,” and in better hands now.

“Momma and babies are warm, cozy and fed at the Animal Friends Shelter!” the Sheriff’s Office wrote.

We’re glad these kittens are safe and sound now, and hope they’ll all go to better homes.

While things worked out in this case, it’s a reminder to always surrender your pets to a shelter if you can’t care for them instead of just leaving them outside. It’s also important to get your pets spayed and neutered, so you don’t end up with kittens you can’t care for.