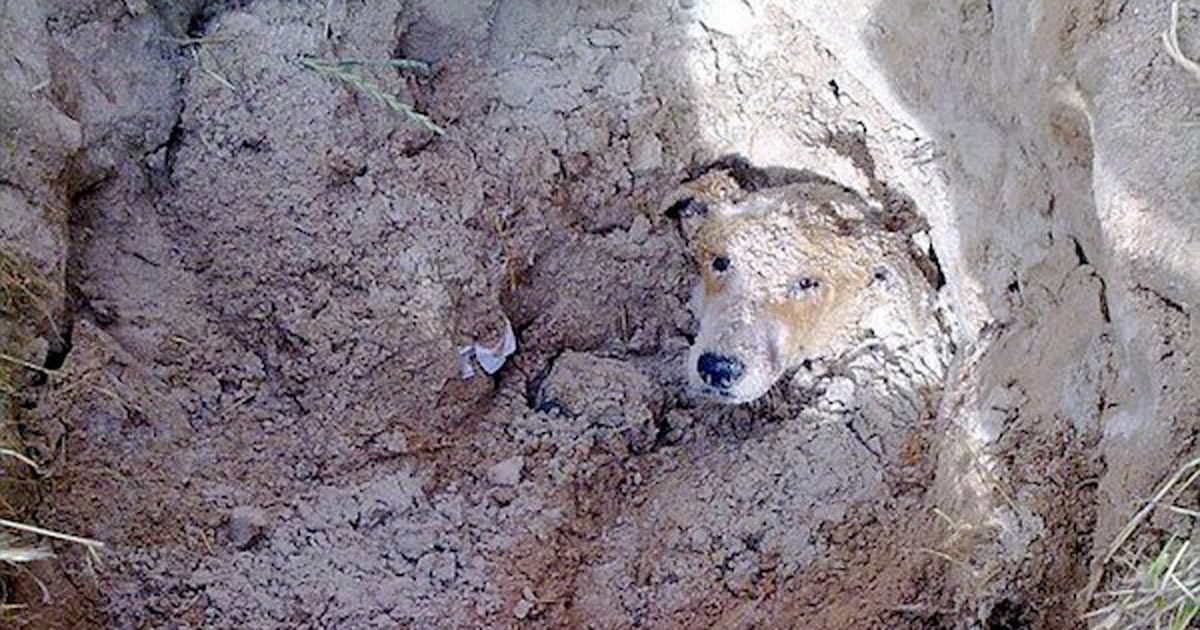 When I read about the dog Lily for the first time, I couldn’t hold back the tears. No animal should be treated the way she was treated! Fortunately, though, this story has a happy ending both for Lily and other dogs like her.

Lily was one of the many street dogs in Cape Town, South Africa. She lived on scraps she found on the street, but because her hind legs were paralyzed, she had more difficulty finding food than other dogs.

One day, she went to Luhlaza Secondary School to beg for food from the students. When she barked and tried to get attention, the school headmaster was annoyed. She asked two janitors to “get rid of the dog.” They did as they were told and buried Lily alive behind the schoolyard.

Luckily, the kitchen staff saw what was happening through the window and contacted Mdzananda Animal Clinic, which works to help vulnerable animals in South Africa.

Rescue personnel arrived on the scene and dug Lily out. She had been buried for over 20 minutes.

Now that Lily was in safe hands, they took her to a veterinary hospital to examine her.

Vets discovered that Lily’s paralysis was due to a previous spinal injury. She was givein various treatments to improve the mobility in her legs and help her pee, which she also had touble with.

In time, Lily became stronger, and was able to gently support on her hind legs again.

Lily’s story spread online, and donations for her care soon flooded in. And not long after, she was strong enough to be adopted into a loving home.

Eventually, journalist Helen Walne decided to adopt Lily. Helen works to strengthen animal rights in South Africa, so she was the perfect person to take care of the dog!

Lily’s story has actually made a difference in South Africa and has increased the public’s willingness to do more for street dogs.

Now Lily’s eyes are lit with joy again. And after lots of training, she can finally use her hind legs.

It’s now been several years since Lily was rescued. Both janitors were convicted of animal abuse and the headmaster was ordered to implement a program to raise her students’ awareness of vulnerable animals.

It’s amazing to see how well Lily is doing now. Her story has inspired thousands of people in South Africa to get involved with animal rights issues. And one of the janitors regrets what he did to Lily so much that he’s started working for Mdzananda Animal Clinic to help other vulnerable animals!

All animals deserve love and respect. Share this story if you agree!