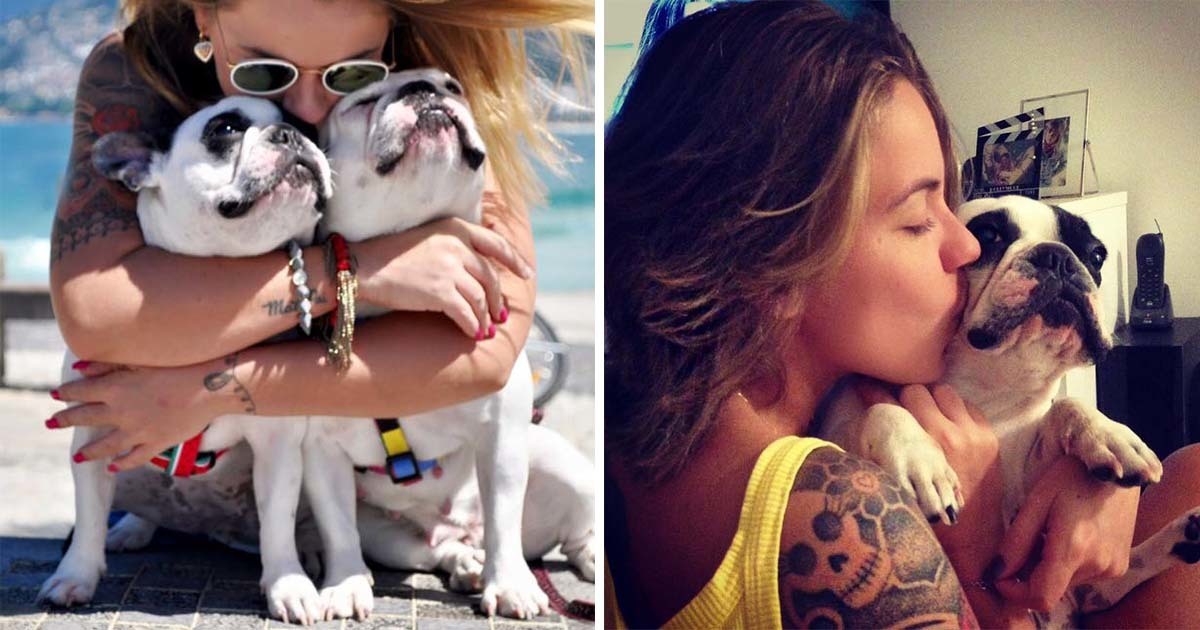 Finding out the one you love and trust is not the person you thought they were is very painful.

I know several relationships where the person only discovered their partner’s true colors years, and in some cases decades, later.

Luckily for French bulldog owner Ninna, she found out early on who her fiancée really was.

For quite some time, her French bulldogs had bruises and seemed to be afraid of her fiancée. She started to grow suspicious of her fiancée and decided to put a hidden camera in the house.

What the camera caught not only left Ninna shocked but also ultimately made her call the wedding off. There was no way she was going to marry this man.

Ninna, who is from Brazil, absolutely loves her French bulldogs. They are like family to the 26-year-old woman.

As any dog owner would be, it was really worrying for her to see that her precious dogs were often covered in bruises. To make matters more suspicious, she noticed that the dogs seemed to act scared around her husband-to-be.

“They were very afraid of him,” Ninna said in a Facebook post where she shared her story. “I saw several bruises but the vet couldn’t explain. That’s when I decided to install a camera in the living room.”

When Ninna saw what the camera caught, it was worse than she could have ever imagined.

The footage clearly showed how the fiancée kicked and abused her dogs with no remorse. At one point he is seen slamming one of the dogs onto the floor and holding another by its rear legs before dropping it.

“It was a shock because we think we know people, but in fact we don’t at all,” Ninna says.

Ninna had always perceived her fiancée to be a calm and kind person — but it turns out she was wrong. After discovering his true identity as a viscous animal torturer, there was no way she could continue to be with this man.

She immediately pressed charges against him and shared her story on social media to make sure everyone knew his true colors.

Brazilian police are now seeking the man, The Independent reports.

Ninna did the right thing — she trusted her gut and uncovered the true identity of the man she thought she would spend the rest of her life with.

Please share this story if you agree that people who are cruel to animals should be held accountable for their actions!