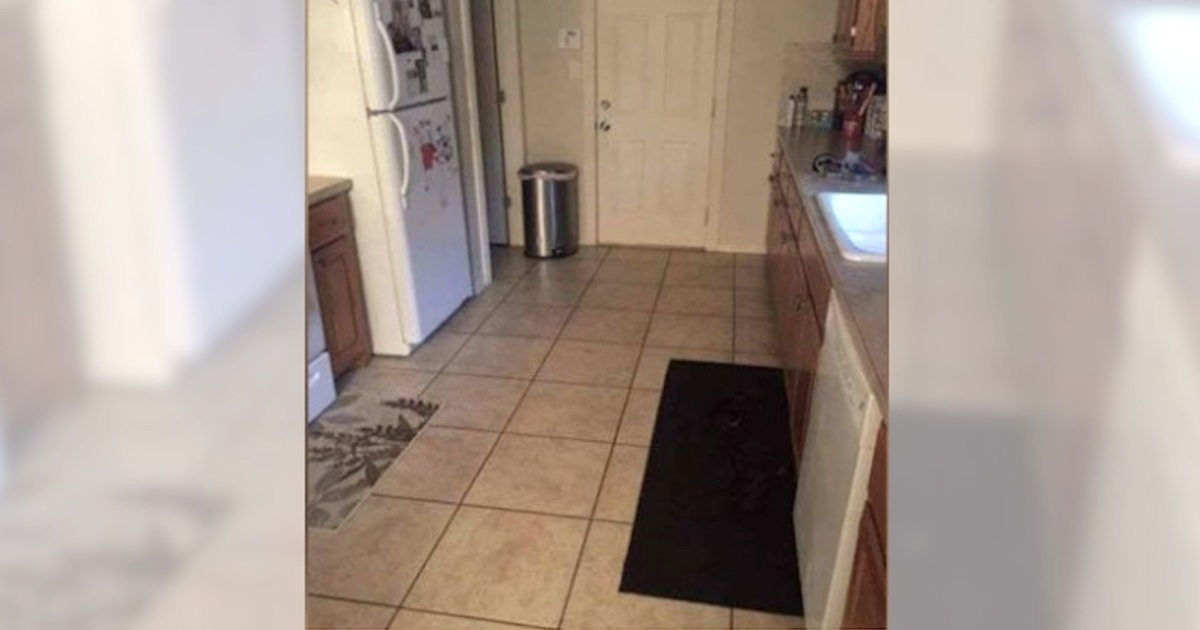 There’s something fascinating about the way optical illusions and other mind-bending images almost distort your brain.

There are hundreds of such pictures on the internet and in old books — but this one comes from real life.

There’s an “invisible” being in this picture, but it’s not a sneaky intruder or burglar…

Rather, it’s a dog that everybody’s looking for.

Can you see the big dog hiding right in front of your nose? Take a look at the picture below!

(Don’t worry if you can’t find it right away. We’ll walk you through the process until you get it…)

According to 7 News Perth, a woman named Christina Suvo originally shared the photo.

Christina claimed there is a dog hidden in the picture.

However, many people were skeptical. It doesn’t look like there are any living beings in the picture. But trust me, there’s a dog there.

Do you see where he is?

Here’s the full picture of the kitchen. Can you see the dog now?

If you cann’t find him, do not worry. We didn’t see it at first, either.

Take one square at a time, beginning with the top left one.

Have you found the dog yet? Here is a clue: he’s in box four.

Still can’t see him? Keep in mind you’re looking for a dog in the lower right corner of the picture…

To see exactly where the dog is, click on the image below!

It’s still hard to see him, but you can probably see the contrast between his lighter-colored stomach and the black carpet.

The arrows in the above picture show the dog’s eyes, ears, and belly.

Yes, it’s still hard to see the black dog on the black carpet, but he’s definitely there.

The lighter color of his tummy and the pink inside his ears are actually clearly visible.

If you’re still having trouble seeing the dog, he’s easier to see in the above picture. This time, he’s been highlighted.

You should be able to see the dog’s face quite clearly now. He has a long nose, big adorable eyes, and it looks like one of his ears is turned inside out.

The dog is an adult black Labrador. Labradors usually weigh between 65-75 pounds (30-35 kilos), so it’s quite impressive that such a big dog was able to hide in this picture!

Did you see the dog on your first try?

If you know someone who loves optical illusions and clever Where’s Waldo-style pictures, please share this article with your friends and family on Facebook!