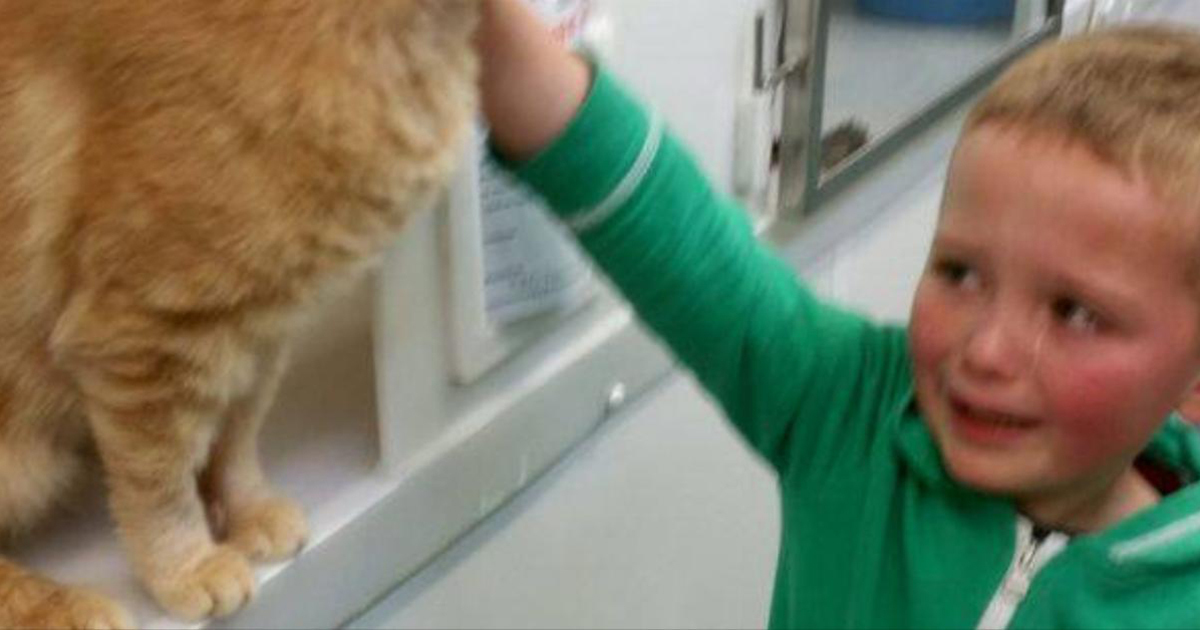 When his 10-year-old cat Phoenix disappeared, little Ronnie was devastated.

The five-year-old boy and his mother, Michelle Humber, looked everywhere for their beloved pet and canvased the town with posters asking if anyone had seen him.

But no one replied and Phoenix was gone without a trace.

Eighteen months later, Phoenix was still missing, and it was time for Ronnie to get a new cat.

His mom took him to a local animal shelter to pick out a new four-legged friend. He settled on one, but when Ronnie and his mom went back to pick up their new family member, a familiar face in the next cage immediately caught their attention.

Ronnie was so happy when he realized that he had found his beloved friend that he immediately started crying.

Phoenix had been brought to the animal shelter two months earlier and was now ready to be adopted.

Luckily, Ronnie and his mother got there first!

Phoenix was wearing a name tag, but it was old and had the wrong address and phone number, so the shelter wasn’t able to contact Ronnie’s mom.

“It’s amazing that we can hug him again! Phoenix is such a big part of our lives,” Ronnie’s mom, Michelle, said when they found their cat.

This is an important reminder for all pet owners of what could happen if your pet gets lost and doesn’t have any identification. Share this story and remind your friends to update their addresses and contact info on their animal’s name tags!