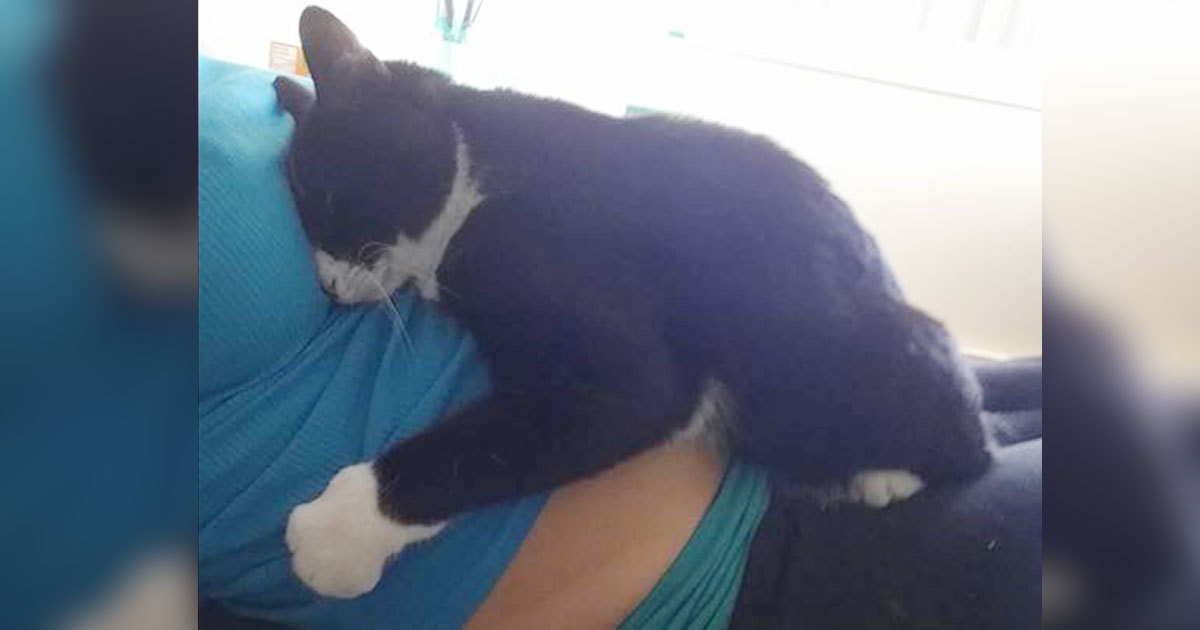 Liel Ainmar Assayag adopted a cat from an animal shelter and named her Panda. The cat immediately became fond of her owner and began to follow her wherever she went. But Panda greatest fascination was a certain part of her momma’s body—her belly.

Panda’s favorite pastime is to lie directly over mom’s belly. But it slowly became bigger and bigger—and soon it was so big that Panda had to lie next to it instead.

It’s as if Panda knew something was hiding inside, so the cat waited patiently for the surprise.

When Liel became pregnant, Panda became extra affectionate and cuddly. It’s like she felt that there was something else there that required more love and attention.

At last, after nine long months, baby Sean came along.

At first, Panda seemed a bit confused, but she soon sniffed the baby and looked like she understood. He was what she’d been waiting for this whole time.

Today, Sean and Panda are best friends, and Liel is proud of both of them. Panda still loves to sleep with Sean, just like she did when he was still in momma’s belly. At night, if she doesn’t sleep in bed with Sean, she at least lies on the floor instead, as close as she can possibly be to her new friend.

Sean might not quite understand it yet, but he’s certainly acquired a friend for life.

Don’t forget to share this sweet friendship with all your family and friends!