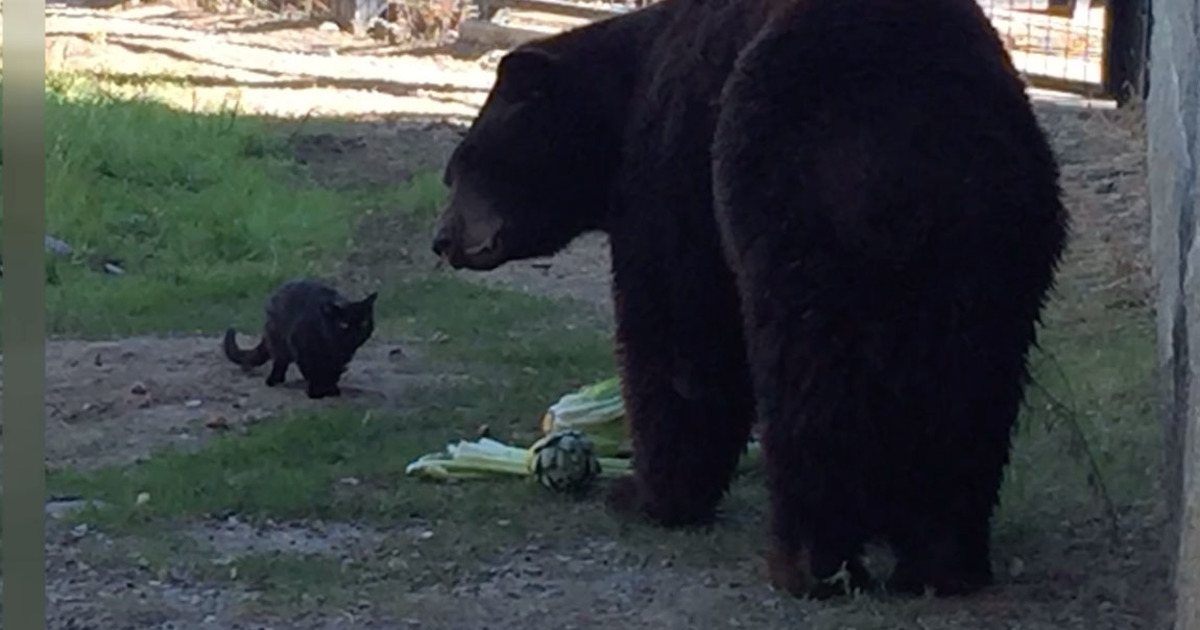 Stealing food from a huge brown bear doesn’t sound like the world’s most brilliant idea. And that’s why the staff at the Folsom City Zoo Sanctuary were baffled after food started disappearing out of a bear enclosure. And when they discovered the culprit, she was small, four-footed, and furry.

When the staff at the Folsom City Zoo Sanctuary noticed food disappearing from the brown bear’s enclosure, they couldn’t understand who could be small enough to get in, yet brave enough to risk angering the giant bear named Sequoia. So when they discovered it was a black cat, zookeepers were shocked.

The cat found a way to sneak unnoticed into Sequoia’s enclosure and take a portion of his food. So zookeepers decided to set aside some cat food inside the bear’s enclosure so that both animals would have appropriate food to eat.

What the staff didn’t expect was that an unlikely friendship would develop between the tiny cat and massive bear. The cat, whom zookeepers named Little Bear, wanders blithely around the bear’s enclosure, and Sequoia is happy to have a little friend to share his days with.

Visitors to the Folsom City Zoo Sanctuary are shocked and even worried when they see the cat with the bear, but the staff assures everyone that the animals enjoy each other’s company.

Little Bear and Sequoia share food and also love to lie in the shade together. They even cuddle each other, as you can see in this video:

This story shows that diversity isn’t an obstacle to getting along or even becoming friends. Please share if you agree!