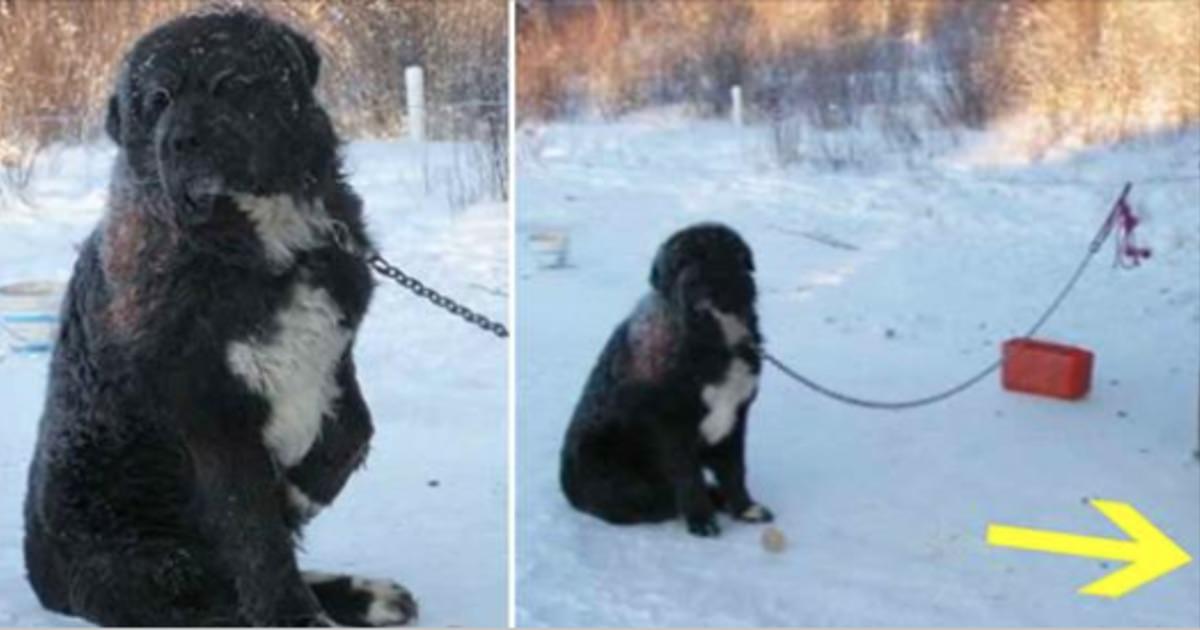 I do believe that the vast majority of people do respect animals and agree that they should be treated with love and compassion.

Sadly, however, there are still people a little everywhere who do not quite understand the responsibilities that come with owning a pet. Unfortunately, these stories often creep into the media.

This is one such story.

What dog Diesel had to suffer for years is simply unforgivable. He was chained, alone, in the freezing cold.

Part of Diesel’s history should not be forgotten, partly to pay attention to all the good powers that are out there and always on the animal side.

Meet Diesel, who was found living a life that no dog deserves.

For four long years, he was chained outside in Yukon, Canada, where winter temperatures often stay well below freezing.

While Diesel was chained up, he never got any warmth or love—and instead was often beaten by his owner, and even attacked by other animals.

As these photos reveal, Diesel was injured, with patches of dry blood and ice all over his fur when he was found.

Fortunately, animal rights organization Animal Advocates heard about Diesel and saved the dog from a life of misery.

He was flown to a rehabilitation center, where he received plenty of tender loving care.

And the organization even enrolled him in classes so he could learn to trust humans again and prepare to be adopted by a loving family.

After spending some time in foster homes to recover, the rescue workers who’d save him came by to pay him a visit.

According to his new owners, Diesel was an incredibly friendly dog — a real “teddy bear”.

He went from being shy and reserved to warmly welcoming anyone who came close to him. His natural demeanor emerged and it became clear that Diesel was nothing less than a sweet, wonderful and loving dog.

I think that while we can focus on the cruelty that Diesel suffered under for months on end, I prefer to look at the positive outcome.

I’m so glad that this great pooch finally got a safe home that all dogs deserve.

Watch a video about Diesel’s transformation below:

Please share Diesel’s story if you also think that more people should look out for animals in need!