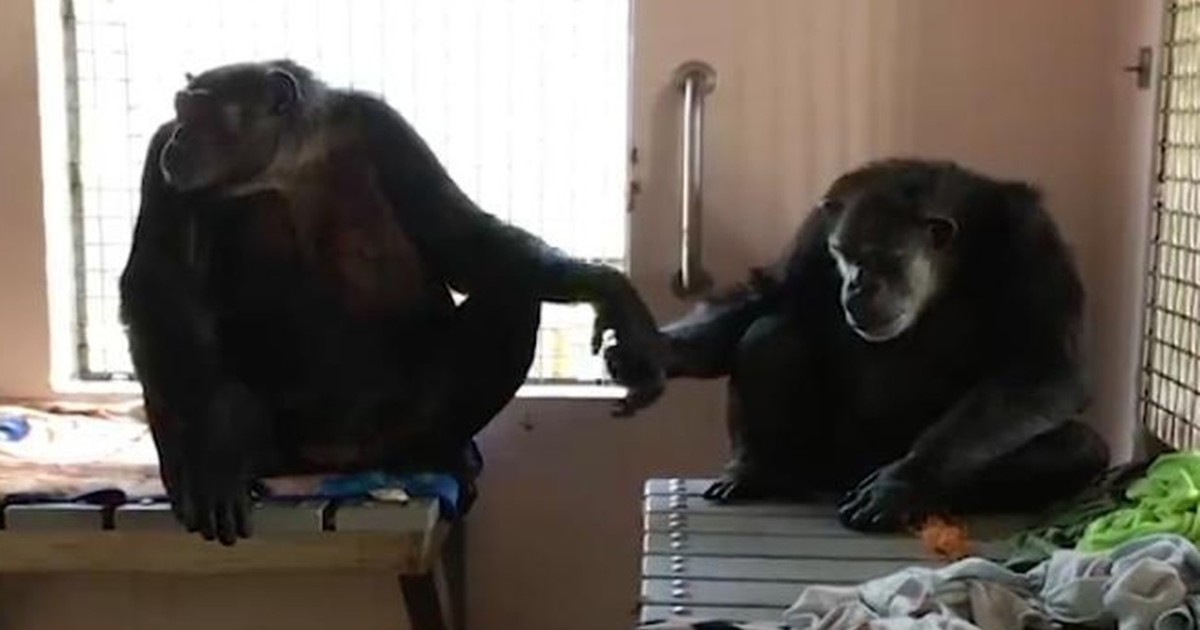 Sometimes when you meet somebody new, you just know that you may have just met a friend for life. It may only happen once or twice in a lifetime, but when it does, it’s an unforgettable feeling. And this is exactly what happened when a chimpanzee named Terry arrived at a Florida sanctuary called Save the Chimps and met Jeannie.

Jeannie was born in the wild before being captured and sold to a research laboratory. She then spent the next 40 years undergoing medical testing before arriving at the sanctuary.

When Terry was little, he lived with an Ice Capades trainer. Later, he was moved to the now-closed Las Vegas Zoo. Without any other chimpanzees to socialize with, Terry spent 18 lonely years in solitude.

But Terry’s friendless streak ended when he was brought to Save the Chimps. The sanctuary staff quickly introduced him to Jeannie and, as you can see in this video, Terry and Jeannie instantly hit it off. It’s a joy to see them reach out to hold each other’s hands and lovingly play with each other’s fingers.

Now thanks, to Save the Chimps, these two have the chance to be best friends forever.

If you’d like to help Terry, Jeannie and any of the other chimps at Save the Chimps, visit the sanctuary’s website.

Share if you believe in friendship at first sight and the right of animals to live good lives!