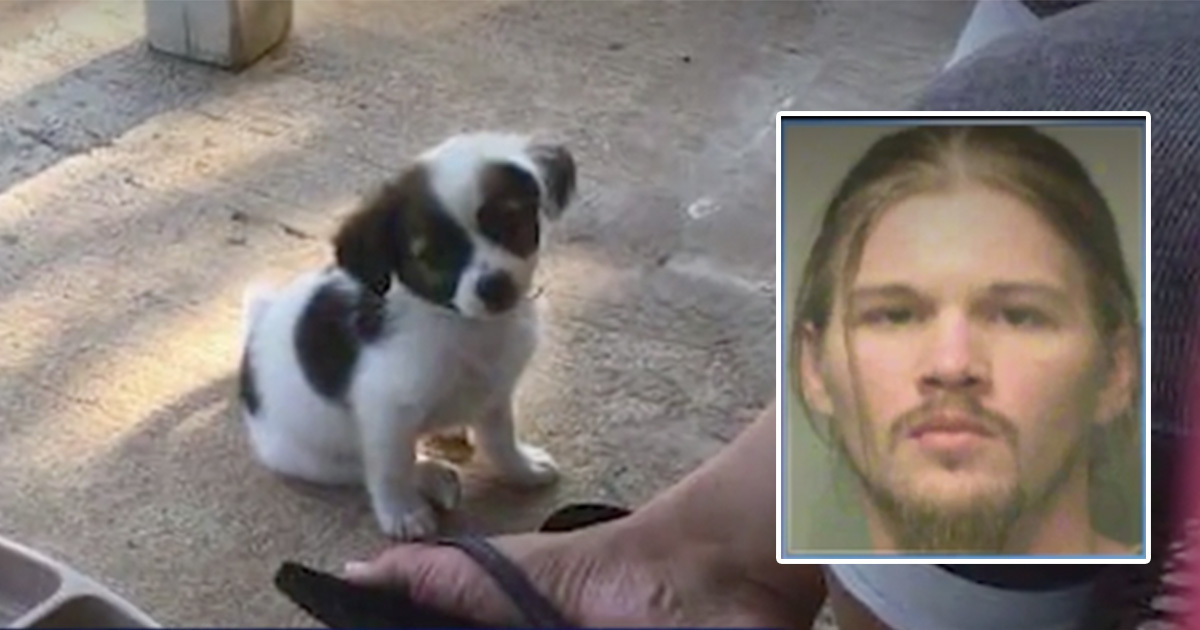 It’s unimaginable how anyone could intentionally harm an animal.

But unfortunately, there are some evil people out there.

Now, the police have arrested a 25-year-old man who broke a puppy’s neck as revenge for not getting him owner’s internet password.

Twenty-five-year-old Christopher Vogel was visiting a friend in Des Moines, Iowa and wanted to surf the internet. So he went over to his friend’s neighbor’s house and asked for their internet password. But the neighbors didn’t want to give him it.

Then, to the great surprise of his friend’s neighbors, Christopher did something unimaginable. He grabbed their puppy and broke his neck.

“The dog had nothing to do with the argument, wasn’t aggressive towards him,” Des Moines police sergeant Ryan Doty told Koco News 5.

The man had been on the run since the incident took place in July, but was arrested by police on Saturday August 19th.

Tom Colvin, executive director of the Animal Rescue League of Iowa, says this shows how animal cruelty laws should be strengthened.

What this man did is wrong. We must show that animal cruelty is totally unacceptable and can’t continue. Please share if you think that the punishment for animal abuse needs to be strengthened.