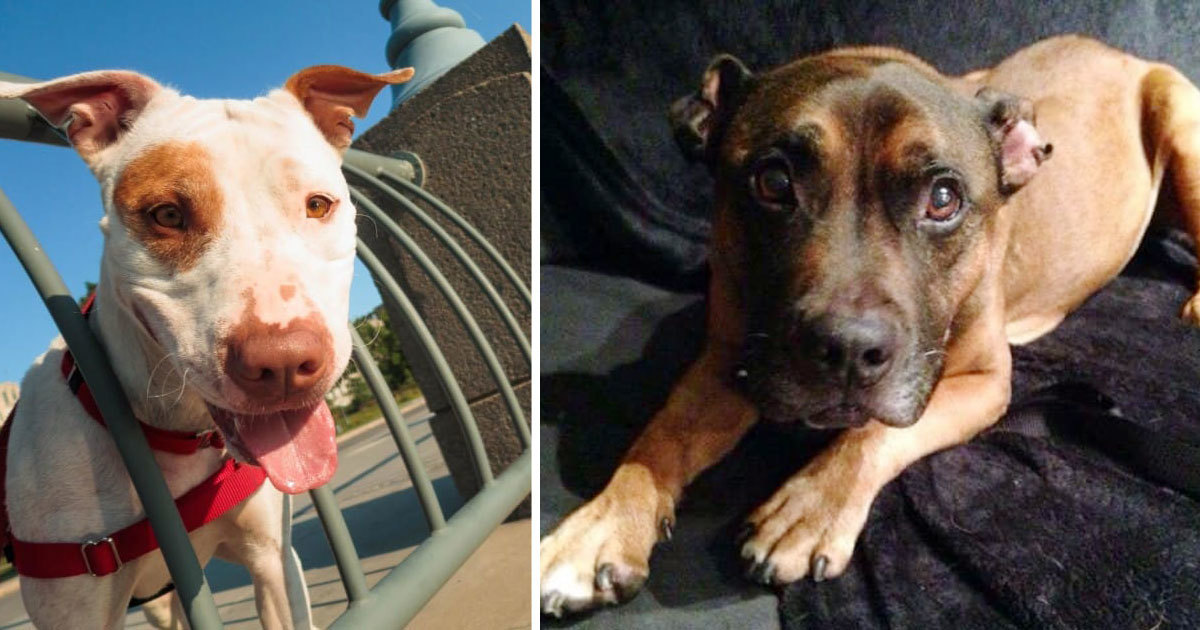 There are few animals as loving as dogs. They love their owners above all else and will do everything to make them happy so they’ll like them back.

But unfortunately, not everyone is kind to their dogs. Some beat them, don’t feed them, or train them to fight with other dogs.

Muscular dogs with strong jaws have long been popular among criminals who wish to make money on dog fighting. This has in turn resulted in a bad reputation for these dogs. Pitbulls have been incorrectly identified as “fighting dogs” – thus inheriting the reputation as being aggressive and even dangerous animals.

Pitbulls that have been trained in exactly that capacity are later often euthanized, having spent months in shelters, with no ultimate luck of being adopted.

Although most animal lovers realize that it is not the breed that is inherently aggressive, many continue to wrongly accuse pitbulls of being dangerous.

Now a city in Canada has decided to ban pitbulls completely.

It sounds like a joke, but unfortunately it’s a fact. Montreal, Canada’s second largest city, has chosen to ban pitbulls and all pitbull-type dogs. The reason behind the new law is that they want to reduce the number of dog attacks on people and animals.

“”My duty as mayor of Montreal is making sure I am working for all Montrealers. And I am there to make sure they feel safe and that they are safe,” Denis Coderre, Mayor of Montreal, told CBC after the law banning the dogs was passed.

Behind the ban is a tragic story of an attack that occurred in Montreal 4 months ago. A woman died after being attacked by a dog, which they believed was a pitbull.

The law is set to come into effect October 3, when it will become illegal to buy a pitbull or other pitbul-like breeds such as American Staffordshire terriers, bull terriers, or mixes of those breeds. Dog owners who already have a pitbull must obtain a special authorization before year-end in order to keep their dog.

But here the story takes a morbid turn. While dogs that already have a home will not likely be affected, this isn’t the case for about 700 pitbulls that remain in shelters across the city. These dogs must be adopted by October 3, otherwise they will be euthanized.

The controversial ban is facing huge protest from dog friends and has made international headlines. Animal organizations are now working hard for the 700 dogs to quickly find new homes, or be moved to shelters in other cities where there is no ban, before October 3.

This makes me so very sad! It’s of course tragic that a woman was killed by a dog, but to ban an entire breed can simply not be the way to go. The absolute best way, in my opinion, is to introduce tighter controls on dog owners – for it’s their fault if their dog is aggressive!

With the right training, all dogs become great pets and family members, and this is also true of pitbulls.

Do you agree this ban is not right and killing hundreds of innocent dogs is cruel? Sign this petition to be submitted to the mayor. And please share this on to all the animal lovers you know!