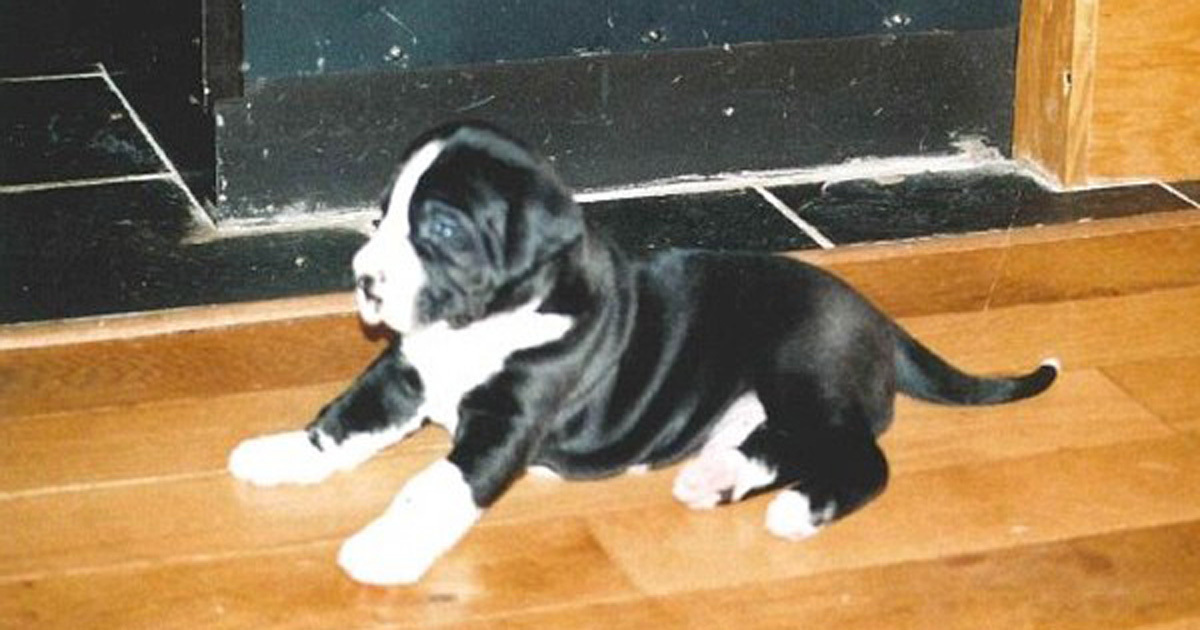 Getting a dog is a big decision. It’s about bring a new member into the family and taking care of him or her for many years to come. And for many people, once they decide to get a dog, the next question is which breed to choose.

The Markhams had different opinions about what size dog to adopt. Robert didn’t want a big dog, so his wife, Sue, promised to bring home a little one.

But that didn’t exactly turn out how she planned.

Sue visited an animal shelter and fell in love with a little puppy named Yogi Bear. He was small and cute and would be a perfect fit for her and her husband, she thought.

She told Robert she was bringing home a “little terrier,” and he expected a Jack Russell or the like.

Then, Yogi Bear came into their lives, and both Sue and Robert loved their new dog.

Then, their little puppy started growing…

It turned out that Yogi Bear was no little terrier at all. In fact, he was a Great Dane, and an unusually large one at that. Neither Sue nor Robert could ever have expected how big he’d get.

Fortunately, by the time Yogi Bear became too big, Robert had already fallen in love.

Today, Yogi Bear is nine years old and so big that the family puts a horse blanket over his back when it’s cold outside. Even though Yogi Bear didn’t really turn out the way they thought, Sue and Robert are extremely happy to have him. He’s an essential part of the family.

Get to know Yogi Bear more in this video:

Would you like to have such a big dog at home? Please share this article with your friends and tell us what you think!