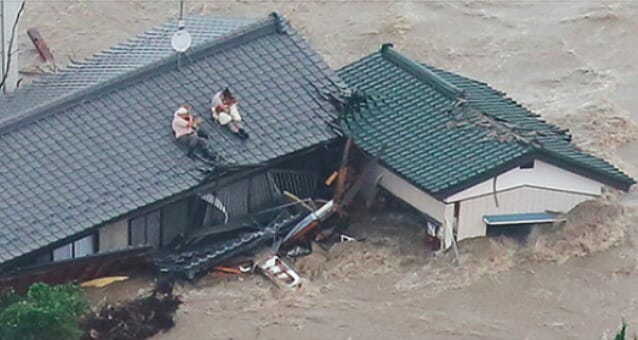 A scene out of Joso, Japan is both breaking and melting hearts everywhere.

The events unfolded during disastrous flash floods that spread in Joso and others parts of eastern Japan. In this scene, we watch as a couple has desperately crawled to their rooftop, but they’re not alone.

The couple clutched onto their pets, refusing to let go and allow them to be swept away by the powerful, terrifying current.

Despite likely exhaustion and fear, the man and woman knew they simply couldn’t leave their dear dogs behind.

Thankfully, the couple, alongside their two beloved pets, are soon rescued by a heroic helicopter crew and all four survived.

Watch the dramatic rescue as it unfolds in the video below.

How heartbreaking but telling! Our pets really are members of our families and as this couple proves, we couldn’t live without them. Like and share if you agree this couple did the right thing and if you’re sure you would do the same!