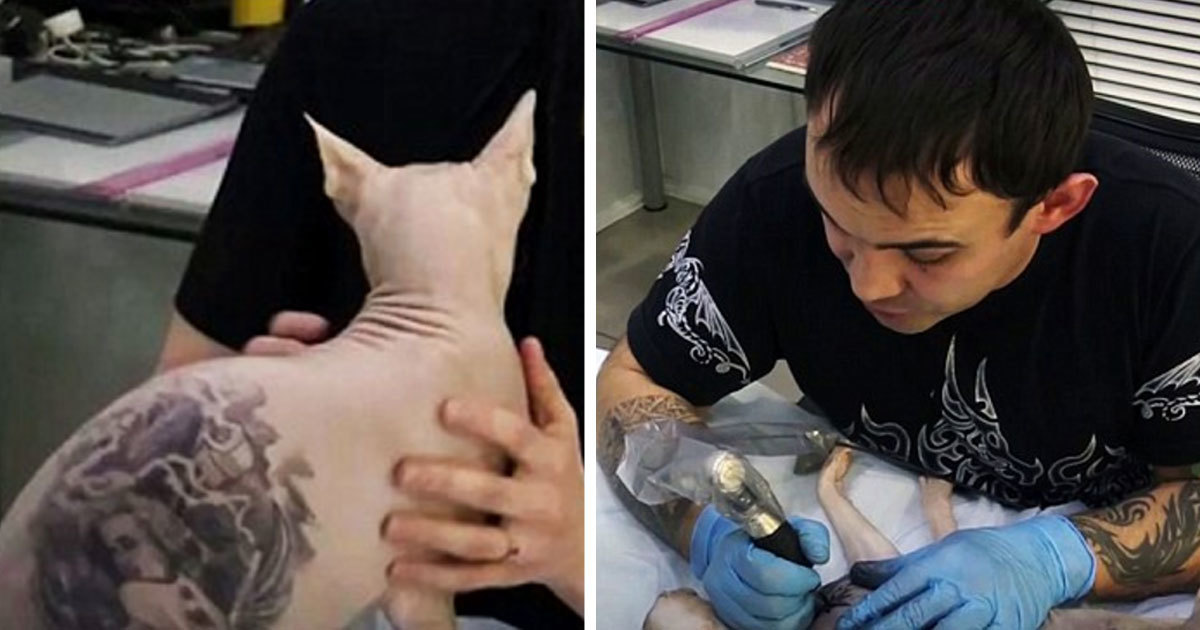 I’ll never stop being amazed by people’s stupidity and vanity. I’m familiar with people declawing their cats to “protect” their furniture. I’ve heard about people dyeing their pet’s fur or feathers because they think it looks cool.

But this is by far the stupidest thing I’ve ever seen someone do to their pet.

Aleksandr from Yekaterinburg, Russia recently did something unimaginable. He tattooed his cat.

Yes, you read that right. He has tattooed large swaths of his Sphynx cat’s body.

Needless to say, animal lovers around the world are furious about this outrageous act of animal cruelty.

To get the cat, whom Aleksandr named Demon, to lie still, he gave him anesthesia and painkillers.

Aleksandr has tattooed his cat several times, and says that he usually recovers quickly.

Aleksandr himself admits that he knows his cat doesn’t like being tattooed.

“Of course I feel pity for doing it to him. It’s not like he wanted to do it himself,” he said, according to The Sun.

Aleksandr has given his tattooed his cat with images including a prison tower, a vodka bottle, a cigarette, and a naked woman.

Both Alexander and his wife have several tattoos, and they wanted their cat to look like them.

Animal activist Yelizaveta Skorynina has criticized Aleksandr and says that he has unnecessarily exposed his cat to too much pain. She also says that the skin of Sphynx cats is much more sensitive than that of humans, and to needlessly give the cat anesthesia is dangerous.

I don’t understand how anyone could possibly do this to their pet. People who are this cruel to animals should never be allowed to have a pet. Share if you agree!