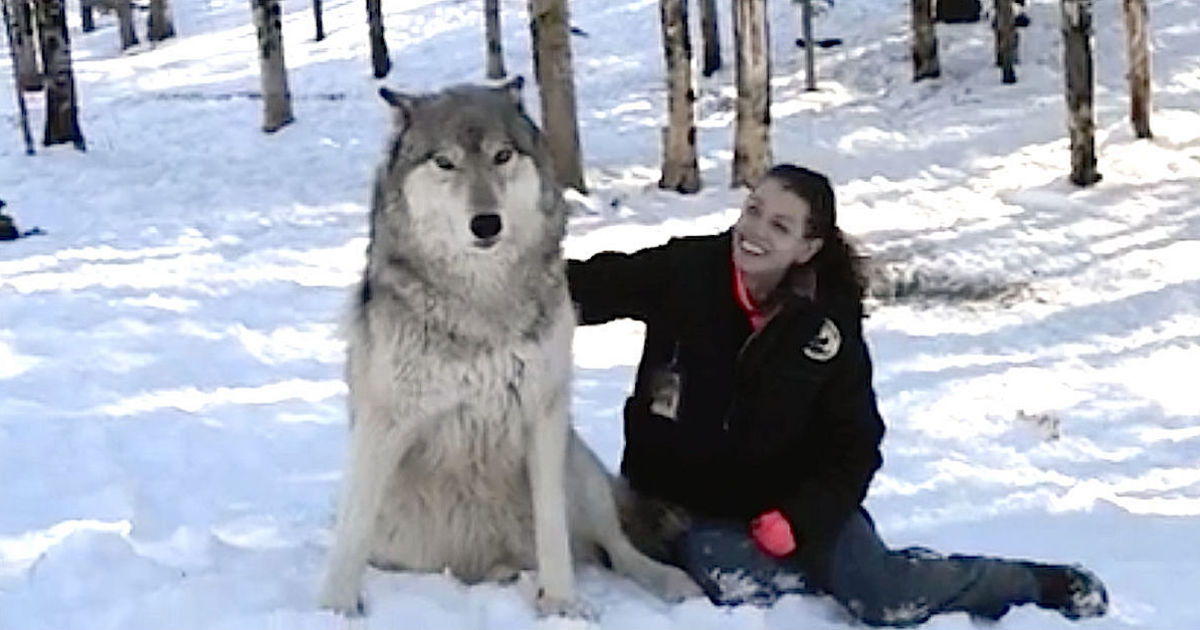 Wolves have the stereotype of being rather tough creatures, at times aggressive, and many, including myself, think of them as downright frightening animals. But Kekoa is not quite like any other wild wolf, and certainly doesn’t fulfil any of those stereotypes. While she still demands a certain respect, she also seems to have great respect for people – particularly a woman named Danielle. Kekoa lives a good life in the Colorado Wolf and Wildlife Center. The organization works to educate the public about wolves, coyotes and foxes and why these animals are incredibly important for our ecosystem. For various reasons, the animals in the park are not able to live in the wild, and are therefore given this sanctuary. Danielle works at the Colorado Wolf and Wildlife Center and is extremely experienced. She and Kekoa display just how harmonious a human-wolf relationship can be, provided you nurture it. When I saw Kekoa and Danielle’s interaction, I was stupefied. It’s an absolutely magical but also surreal sight, especially when you focus on the difference in size between Kekoa and Danielle. And just when you think you’ve seen it all, another wolf named Sakura comes along and also wants to cuddle. Isn’t this fascinating?

The Colorado Wolf and Wildlife Center is a wildlife sanctuary in the hills outside the city of Colorado Springs. The area includes wolves and foxes.

Colorado has not had resident wolves since the 1940s. Through guided, educational tours, over 40,000 people every year can learn more about the importance of this beautiful and majestic animal, and how they are misunderstood by many. Through education, the organization tries to make a difference.

Danielle works closely with the wolves. In the film below, you witness her incredible interaction with the animals: