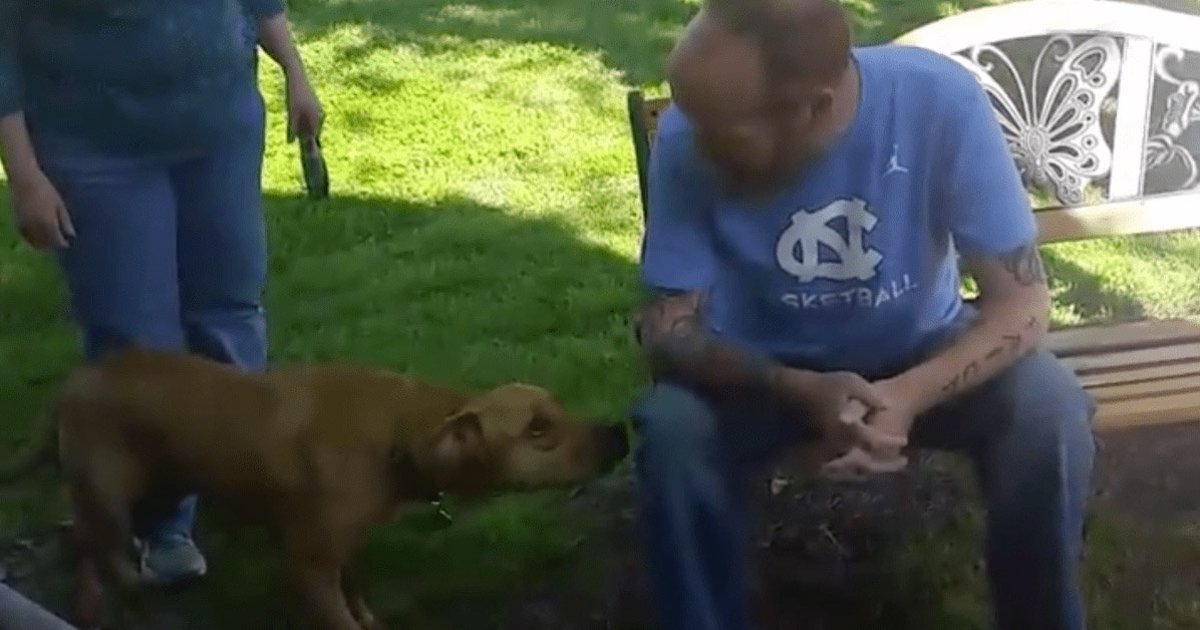 A year ago, an abandoned dog showed up on Shane Godfrey’s porch.

Without hesitation, Shane decided to take in the dog, whom he named Willie. And ever since the day they met, the best friends have been inseparable.

But recently their bond was on the verge of breaking, and Willie thought he might lose his loving owner.

In February 2017, Shane was hospitalized after developing flu-like symptoms.

What started out like a common cold developed into pneumonia. And to make matters worse, Shane was also diagnosed with renal failure, blood poisoning, and meningitis.

Shane stayed in the hospital for five weeks, writes The Dodo.

Doctors feared Shane would die. Meanwhile, Willie couldn’t do more than stay at home and wait for his owner to get better.

Fortunately, Shane returned, but the time at the hospital had changed him—especially on the outside.

While he was in the hospital, Shane had lost a lot of weight and was almost unrecognizable.

In his absence, Shane’s sister took care of Wille. But she couldn’t explain to the dog where his best friend had gone.

And when man and best friend were finally reunited after five weeks apart, Willie was unsure at first about the strange guy sitting in the backyard.

But after looking at Shane for a little while, Willie figured out who the mysterious person was…

Have a look for yourself here:

How wonderful to see these two friends reunite! This video left me with a smile on my face and a warm feeling in my heart.