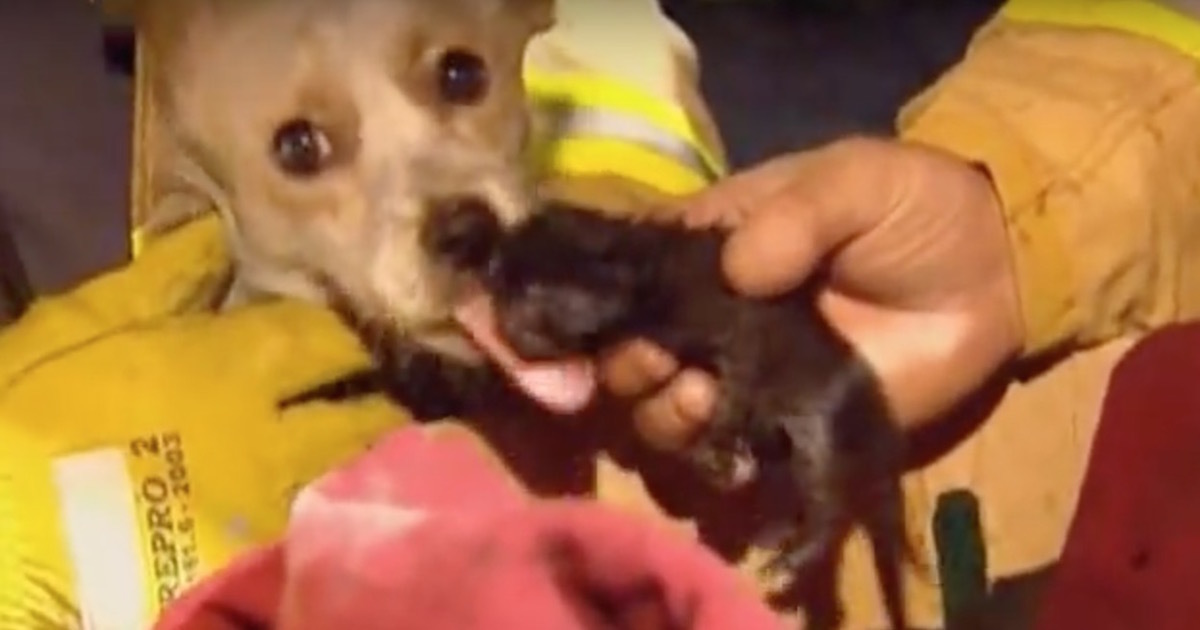 You might think that cats and dogs are the worst enemies, but this story has some pretty strong evidence against that.

When an Australian family’s house caught fire one night, it was almost a total disaster. Then Leo, the family dog, put the life of his feline siblings before his—and saved them from certain death.

Late one evening, a fire broke out in a Melbourne, Australia home. A mom, her three children, their dog, Leo, and four newborn kittens were all at home at the time.

The mother managed to save all of her children and alert the fire department. But she wasn’t able to evacuate the four-legged members of the family before the house became engulfed in flames.

Then something amazing happened. Leo, the family dog, showed great courage brotherly love. Although the house full of smoke and fire, he refused to leave the four kittens’ side. And thanks to the brave dog’s effort, the firefighters were able to quickly find them.

Leo was unconscious when firefighters reached him, but they were able to revive him with the help of an oxygen mask and a heart massage.

Miraculously, the four kittens were unharmed, thanks to Leo.

“Leo wouldn’t leave the kittens and it nearly cost him his life,” Ken Brown of Metropolitan Fire Brigade told The Telegraph.

The loyalty of dogs never ceases to amaze me. Share if you also think that Leo is a hero!

At Newsner, we love animals and believe in treating them with utmost respect. Please like and share this article if you do, too.