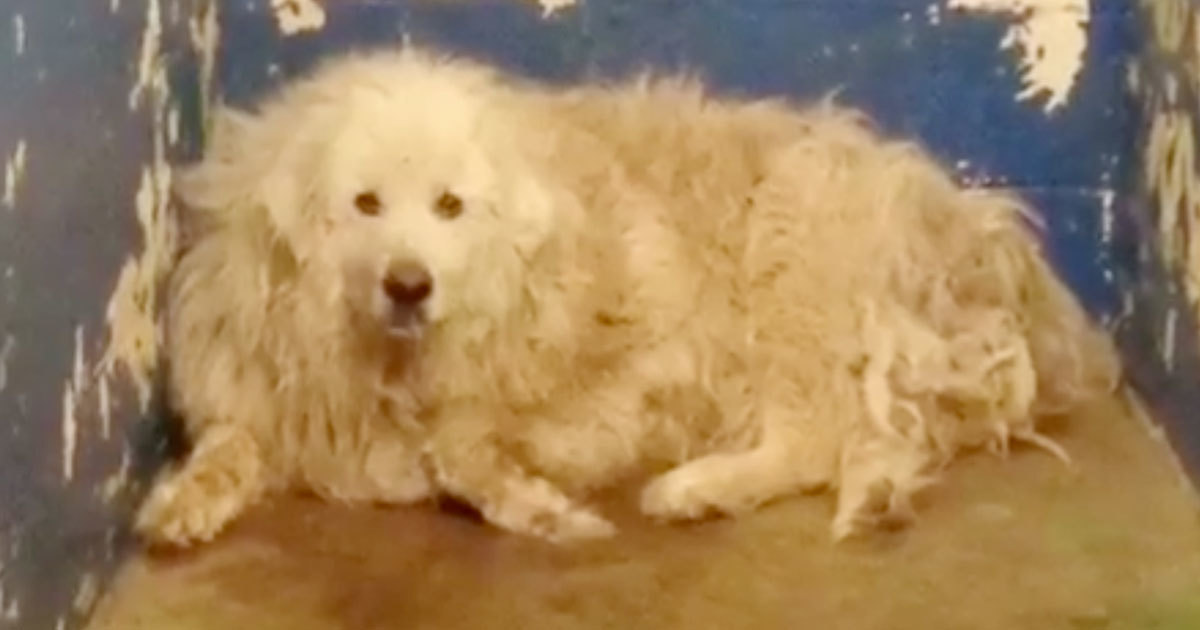 Every year, over one million healthy dogs continue to be euthanized. In the US, animal shelters overflow with dogs that nobody wants and they must eventually be killed to make room for new ones.

But there are success stories too.

Phoebe had only hours to live in the dog shelter where she was kept. The shelter was preparing to have her euthanized because no one had offered to adopt her. But just before it was too late, the animal welfare organization Big Fluffy Dog Rescue stepped in – and they promptly decided to save her.

Saving Pheobe would require a lot of work. She was so tired and sad that it took two people to help carry her out to the car. She had no spark of life left, and her matted fur was like a thick carpet on her body.

They picked her up, shaved off 13 kg of fur from her body and gave her a proper bath. Then, it took months of therapy to help transform Pheobe into a happy and confident dog again.

It took time! But Phoebe was well again. Now she’s just waiting a new forever home – but Big Fluffy Dog Rescue has promised not to euthanize her – even if this takes time.

The organization recently posted a video about Phoebe on her Facebook page. Along with the film, they published a text about how difficult and frustrating it is to try to save all these vulnerable dogs. For no matter how hard you try, you can’t save them all.

Rescue. What does it mean to you? Rescue is more than just taking dogs and finding them homes.

It’s playing God by choosing who or how many you can save, it’s emotional, it’s transforming a scared, neglected dog into a happy and healthy dog. It’s finding donors to help you pay for care when it turns out the “healthy” dog you just took in has an illness that they can’t tell you about. It’s seeing the horrors of other people’s anger issues, the outcome of one’s neglectful ways and the broken souls of the dogs as they enter your loving arms for the first time.

I’m so moved by people who rescue dogs. Thanks for being there and having the energy to fight despite seeing such difficult things. Most of these people work voluntarily without earning any money – and they should be praised a thousand times for this.