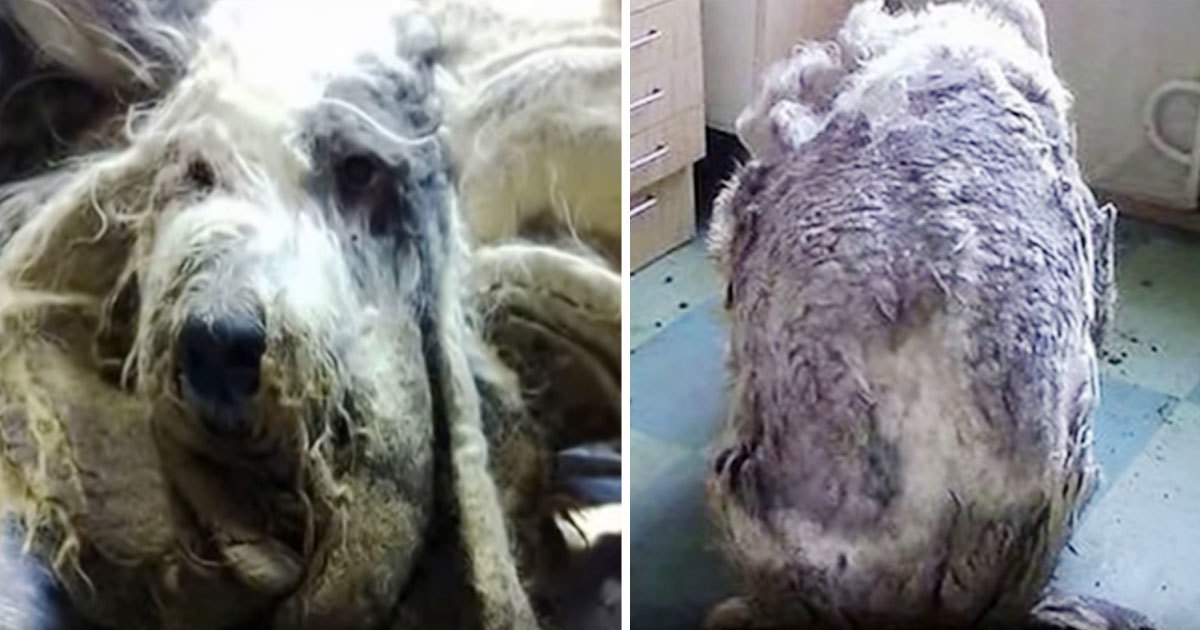 When a Russian man named Gore Zhdanov died at the age of 79, his dog was suddenly without an owner. And the poor dog was forced to stay in his owner’s apartment while the man’s relatives settled a long and drawn-out dispute about his estate.

For a year, the dog was locked up in the apartment without much human contact at all. The deceased man’s relatives regularly left food and water for him, but no one actually took care of him.

Until one day when the man’s relatives finally agreed to sell the apartment and get rid of the dog. They called for an animal shelter to pick him up—and the staff couldn’t believe their eyes when they entered the apartment.

The dog probably enjoyed a good life with his owner. But the day when his daddy passed away, everything changed. His owner’s relatives inherited all of the man’s things, including his dog. But they had absolutely no interest in taking care of an animal.

The man’s relatives couldn’t agree on how to settle his estate and decided that all of his property should remain in his apartment until they decided what to do. They even locked in his dog, whose task was to guard the man’s apartment and belongings.

The man’s relatives gave the dog food and water and access to the balcony to relieve himself. Otherwise, he had no human contact whatsoever. The dog, which is an Old English Sheepdog, has a coat that requires a lot of care. But during that time, his fur just grew and grew, and he became shaggier and shaggier every day.

For a year, the dog was trapped in the apartment. After his owner’s relatives finally agreed to sell all of the man’s things, they asked an animal shelter to take the dog. And the shelter’s staff couldn’t believe their eyes when they arrived inside the apartment.

The dog’s fur was so dirty that it formed a hard shell around his body. He was covered in feces and could barely walk with his heavy coat weighing him down.

His owner’s relatives were so uninterested in him that they never even took the trouble to find out his name. The staff at the animal shelter, however, named him Cocos. And they soon got started shaving off Cocos’ coat to see the little dog hiding under there.

Six people worked for three hours to remove Cocos’ fur. They filled four 100-liter bags of fur by the time they were done. And underneath all the fur, dirt, and feces was a cute little doggie!

They cleaned Cocos’ teeth and gave him a proper bath. Later, the little dog was adopted by a woman named Elena Rivvo, who is an expert in his breed and can take care of his coat well.

Rivvo put Cocos on a special diet and the dog soon had his strength again.

I’m so happy Cocos was finally saved and found a good home. I hope he can forget that awful year and be happy from now on. Good luck in the future, Cocos!