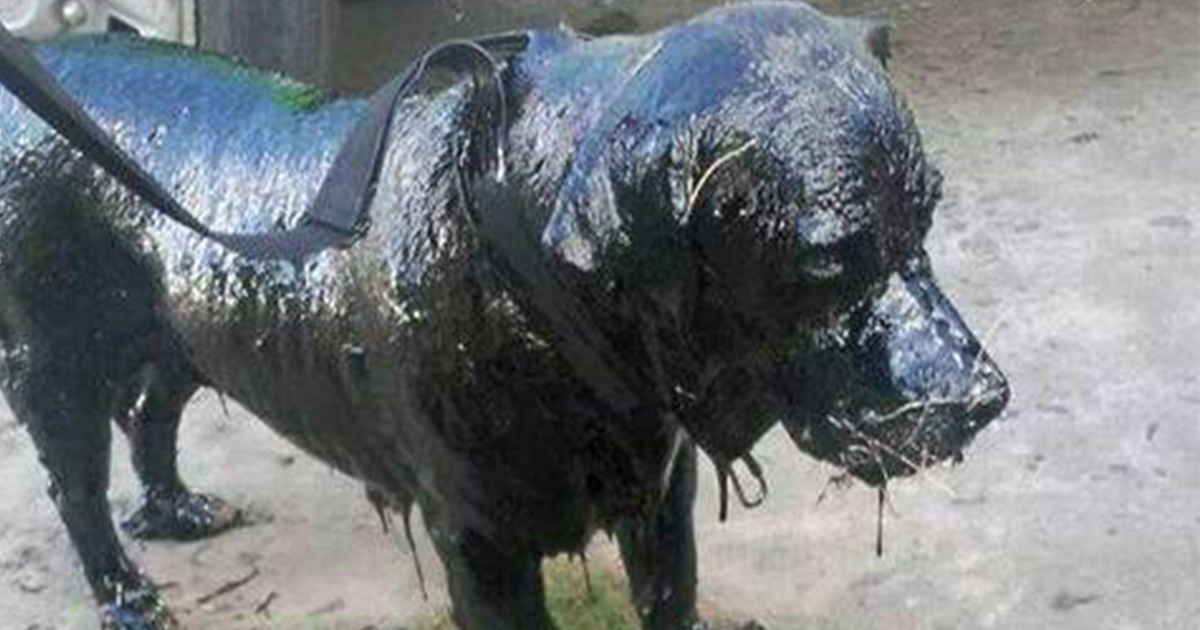 It always hurts my heart to see a dog that has been abused. I just don’t understand how anyone could get so angry that they mistreat a poor innocent dog.

Recently, two young men were walking in Lanus, near Buenos Aires, Argentina when they saw a slimy black creature crawling out of a ditch.

When they got closer, they realized what it was… a dog. Someone had covered him in tar and left him to suffer alone.

The two guys knew they had to do something, and luckily, there was a police station nearby. Along with an officer, they brought the dog to a vet and then to an animal rescue group called Zoonosis Lanus.

Volunteers there put the dog in a bathtub and tried to wash him, but nothing happened. The tar stuck to the dog like glue and wasn’t going anywhere soon, writes cnnespanol.cnn.com.

So did they finally remove the poisonous tar from the poor dog’s body?

They tried every possible method they could think of. And just when they were about to give up, they found an idea on the internet.

The tip was to use oil to loosen the tar and then to remove it with a spatula.

It took 5 liters of oil to clean the dog, now named Petróleo.

After three hours, the team had only removed about 30 percent of the tar. Everyone helped—even the guys who found the dog. Then after five hours, they could finally see the dog’s fur.

Petróleo still has some tar stains, but he looked much, much better—and I really hope he doesn’t have any complications in the future.

How lucky is it that the two young men saw Petróleo and took the time to make sure he got the help he needed?

Now, Petróleo is looking for a loving forever home.

Everyday, I read about animals that have been neglected or abused by humans. This has to stop. If you see someone mistreating their pet, tell someone so it doesn’t happen again.