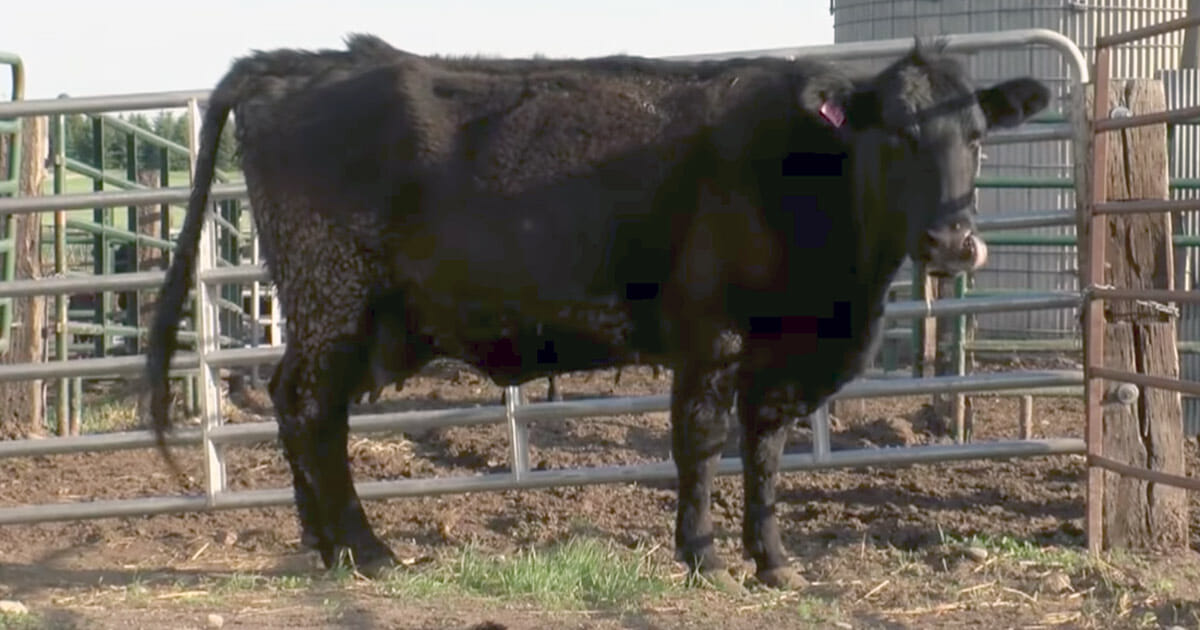 Farmers Deb and Chuck Beldo got more than they could ever wish for when one of their cows fell pregnant.

The couple owned several acres of land and allowed their animals to roam freely on the farm. The idea was that their cows could mingle with one another stress free, and that, as a result, a calf would arrive.

Obviously, Deb and Chuck were expecting to welcome a new baby to the world with open arms. They wanted to nurture it with kindness and compassion, as they treat all their animals.

However, when one of their herd, Mu, went into labour, Deb and Chuck were shocked – the farmers could not believe their eyes.

They had no idea that their new “calf” would enter the history books, and for a crazy reason…

The Beldo family has been tending their fields since 1882. Generations of farmers have passed down the mantle, always maintaining respect for the land and nature.

They cultivated the earth, nurtured animals and did their very best to make ends meet. Being a farmer, though, is no bed of roses – it wasn’t back in 1882 and the same rings true today, despite the advances in tools and technology.

However, with decades of farming in their blood, Chuck and Deb were determined to continue their family traditions.

So when one of their cows fell pregnant, the couple were proud to be welcoming a new calf to the world.

Even before mom Mu gave birth, though, Deb and Chuck’s daughter, Jamie, noted that the cow was bigger than the pregnant females they’d had on the farm previously.

“Mom had noticed she was large but didn’t think too much of it. Twins are fairly common,” Jamie told Minnesota Public Radio.

“Actually, they had a set of twins born earlier this year, but unfortunately they came during the crazy cold weather we had in April and they didn’t make it.” But when Mu went into labor, the whole family was shocked by how many calves were delivered.

Not one. Not two. Not even three. Deb and Chuck were blessed with four calves!

The family worked tirelessly to help take care of the little ones, and prayed that they would all survive the first night.

The calves were tiny when they were born, and so couldn’t feed from their mother.

Instead, Deb and Chuck had to play the role of feeders and give the calves the sustenance they needed throughout the days and nights.

Fortunately, the calves turned out to be far more resilient than they looked.

All four survived the first night, and today they’re in excellent health. Even the youngest member of the Beldo clan occasionally lends a helping hand around the farm when it comes to aiding the young ones!

Quadruplets are rare when it comes to humans, but for cows they’re even more of a medical phenomenon. Only one in 700,000 cows will give birth to four calves at the same time.

In addition to this – according to a veterinary manual, the odds of all four calves being born alive stand at a staggering one in 11.2 million. It’s a miracle!

And how heartwarming is it to see Mu and her four calves getting along?