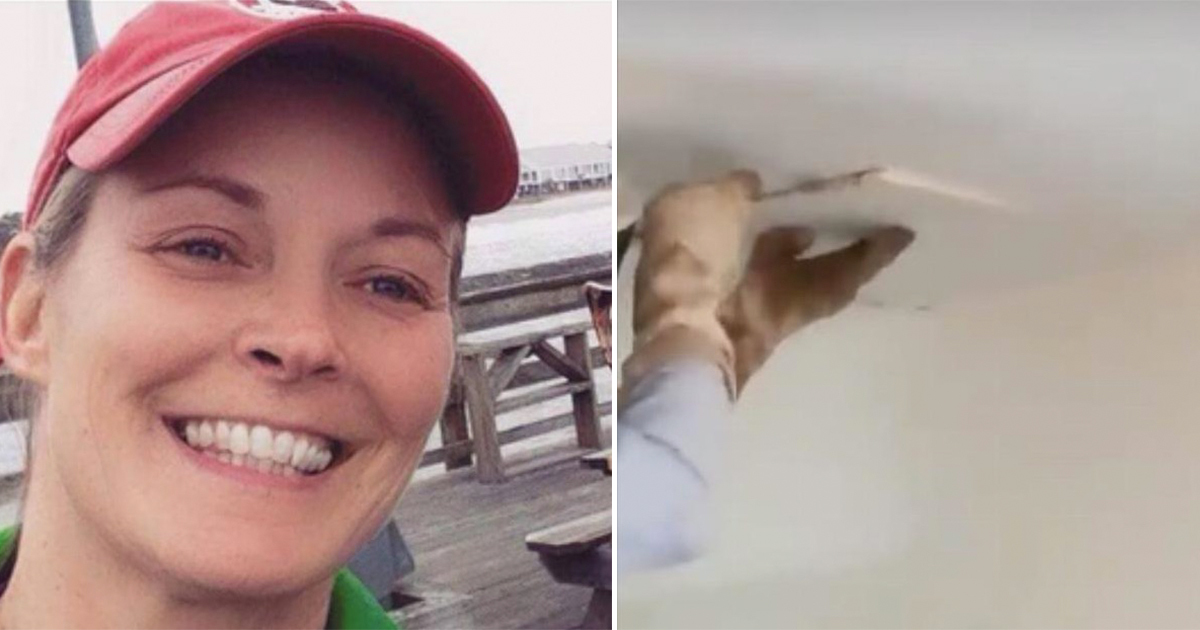 Most people have some form of phobia or fear of dangerous animals or insects. But even those who don’t scare easily would probably freak out if they experienced what a woman from Georgia recently went through.

When Lisa Ohrmundt first noticed a strange sound in her living room, she didn’t think much about it. She figured it was probably coming from the yard and tried to let it go.

But the sound didn’t stop, so after six months, Lisa decided to get to the bottom of the mystery.

She called a beekeeper, who used a heat sensor to locate the source of the buzzing. And it turned out there was a large hive above Lisa’s living room ceiling.

Before he opened it up, the beekeeper never could have guessed how many bees were in there.

There were about 120,000 bees swarming hiding in the ceiling.

“I was never scared of them before, but when all those bees started flying, I was like, ‘I’m out of here,'” Lisa told CBS News.

The bees in Lisa’s ceiling had produced over 60 pounds (27 kg) of honey—and Lisa didn’t waste any time tasting it.

The beekeeper moved all the bees and sealed Lisa’s ceiling so she won’t get any more unwelcome guests in the future. Now, the only thing left from the shocking incident is a little honey that Lisa saved as memento.

How would you react if you found 120,000 unwelcome roommates in your home?

Watch this video to see what happened when the beekeeper opened Lisa’s ceiling:

Please share this article with your friends on Facebook if you’d also be surprised to find 120,000 bees in your living room ceiling!